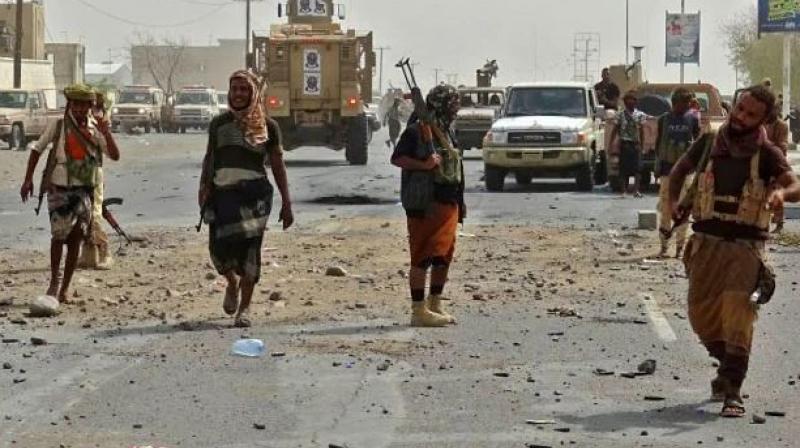 A Saudi-led coalition intervened in March 2015 to support the government forces. (Photo: AFP)

Dubai: Yemen's Iran-linked Huthi rebels have appointed an "ambassador" in Tehran, a step condemned by the internationally recognised government as a breach of international laws.

The Islamic republic made no announcement about accepting the appointment of an ambassador for the Huthis, who control the Yemeni capital Sanaa and much of the north.

The Huthi-run Al-Masirah TV said on late Saturday that a "presidential decree was issued appointing Ibrahim Mohammed Mohammed al-Dailami as an ambassador extraordinary and plenipotentiary for the republic of Yemen to the Islamic Republic of Iran."

Tehran has denied the accusation but publicly offers strong political backing to the Shiite Huthis. The Yemeni government denounced the naming of an ambassador.

"The exchange of diplomatic relations between Tehran regime and the Huthi militias breaches the international laws and norms and contravenes United Nations Security Council resolutions related to the Yemen crisis," the government said in a statement on Twitter.

It said the step has exposed the hidden relationship between the Huthis and Iran.

Khamenei renewed his support for the Huthis and accused Iran's foes of a "plot" to partition the country.

Yemen has witnessed intense fighting between the Huthis and government forces since the rebels entered Sanaa in September 2014 and drove Hadi into exile in Saudi Arabia.

A Saudi-led coalition intervened in March 2015 to support the government forces. The conflict has claimed the lives of tens of thousands of people and displaced around 3.3 million since 2015.

Two-thirds of the population - about 20 million people - require humanitarian support, according to the United Nations.