Police said Aisyah and another woman performed stunts which involved convincing men to close their eyes and then spraying them with water. 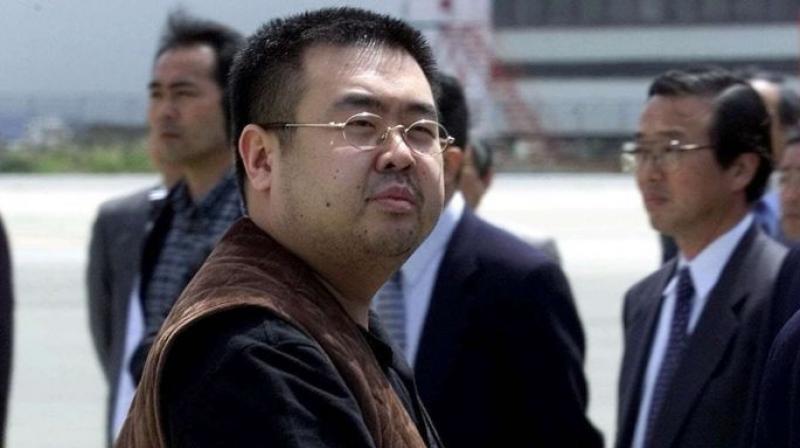 Jakarta: The Indonesian woman arrested for suspected involvement in the killing of the North Korean leader’s half brother in Malaysia was duped into thinking she was part of a comedy show prank, Indonesia’s national police chief said Friday, citing information received from Malaysian authorities.

Tito Karnavian told reporters in Indonesia’s Aceh province that Siti Aisyah, 25, was paid to be involved in “Just For Laughs” style pranks, a reference to a popular hidden camera show.

He said she and another woman performed stunts which involved convincing men to close their eyes and then spraying them with water.

“Such an action was done three or four times and they were given a few dollars for it, and with the last target, Kim Jong Nam, allegedly there were dangerous materials in the sprayer,” Karnavian said.

“She was not aware that it was an assassination attempt by alleged foreign agents,” he said.

Karnavian’s comments come after a male relative of Aisyah said in an Indonesian television interview that she had been hired to perform in a short comedy movie and traveled to China as part of this work. Indonesian Immigration has said Aisyah traveled to Malaysia and other countries, which it did not specify.

South Korea has been quick to accuse its enemies in North Korea of dispatching a hit squad to kill Kim Jong Nam at the airport in Kuala Lumpur, saying two female assassins poisoned him and then fled in a taxi.

Although Kim Jong Nam is believed to have two sons and a daughter with two women living in Beijing and Macau, police in Malaysia say none has come forward to claim the body or provide DNA samples in the aftermath of what appeared to be an assassination.

North Korean diplomats in Malaysia have requested custody of Kim Jong Nam’s body, arguing that he had a North Korean passport. The officials objected to an autopsy, but Malaysian authorities went ahead with the procedure anyway because they did not receive a formal complaint.

Investigators were still trying to piece together details of the case, and South Korea has not said how it concluded that North Korea was behind the killing.

Malaysian police were questioning three suspects, Aisyah, another women who carried a Vietnamese passport, and a man they said is Aisyah’s boyfriend and waiting for autopsy results that could shed light on why Kim Jong Nam suddenly fell ill at the airport on Monday as he waited for a flight home to Macau.

Dizzy and in pain, he told medical workers at the airport he had been sprayed with a chemical. Within two hours, Malaysian officials said, he was dead.

Kim Jong Nam, who was 45 or 46, had lived in exile for years and was estranged from his younger half brother, the North Korean leader Kim Jong Un. He reportedly fell out of favor in 2001, when he was caught trying to enter Japan on a false passport to visit Tokyo Disneyland.

Yoji Gomi, a Japanese journalist who wrote a book about Kim Jong Nam, said he criticized the family regime and believed a leader should be chosen “through a democratic process.”

Gomi said he met Kim Jong Nam by chance at Beijing’s international airport in 2004, leading to exchanges of 150 emails and two interviews in 2011, one in Beijing and another in Macau totaling seven hours.

“He must have been aware of the danger, but I believe he still wanted to convey his views to Pyongyang via the media,” Gomi said. “He was sweating all over his body, and seemed very uncomfortable when he responded to my questions. He was probably worried about the impact of his comments and expressions. The thought now gives me a pain in my heart.”

In Indonesia, Aisyah’s family and former neighbors said they were stunned by her arrest, describing her as a polite and quiet young mother.

Between 2008 and 2011 she and her then-husband lived in a home with flaking red paint in a narrow alley of Tambora, a densely populated neighborhood in western Jakarta.

Her former father-in-law, Tjia Liang Kiong, who lives in a nearby middle-class neighbourhood and last saw Aisyah on Jan. 28, described her as respectful.

“I was shocked to hear that she was arrested for murdering someone,” he said. “I don’t believe that she would commit such a crime or what the media says that she is an intelligence agent.”

Aisyah’s mother, Benah, said by telephone that the family comes from a humble village background and has no ability to help her.

“Since we heard that from the television, I could not sleep and eat. Same as her father, he just prays and reads the holy Quran. He even does not want to speak,” said Benah. “As villagers, we could only pray.”

According to Kiong, Aisyah only completed junior high school and moved to Malaysia with her husband in 2011 to seek a better life after the garment-making shop they ran from their home went out of business. The couple left their nearly 2-year-old son in Jakarta under the care of Kiong and his wife. She and her husband divorced in 2012.

Malaysia, which is approaching developed-nation income levels, is a magnet for millions of Indonesians, who typically find work there as bar hostesses, maids and construction and plantation workers.

Malaysia said Friday it wants DNA samples from Kim Jong Nam’s family as part of the post-mortem procedure and that officials were not yet willing to hand the body over to the North Koreans.

“If there is no claim by next-of-kin and upon exhausting all avenues (to obtain DNA), we will finally then hand over the body to the (North Korean) embassy,” said Abdul Samah Mat, a senior Malaysian police official.

He would not speculate on how long that process might take. The three suspects were arrested separately on Wednesday and Thursday.

The women were identified using surveillance videos from the airport, police said. Early Friday, police took the pair back to the crime scene at the budget terminal of the airport “for further investigations,” Abdul Samah said. Local media reported that police wanted to recreate the crime scene to establish new leads.