China says ready to engage US as envoys meet

Trump had infuriated Beijing by calling into question Washington's long-standing ‘One China’ policy. 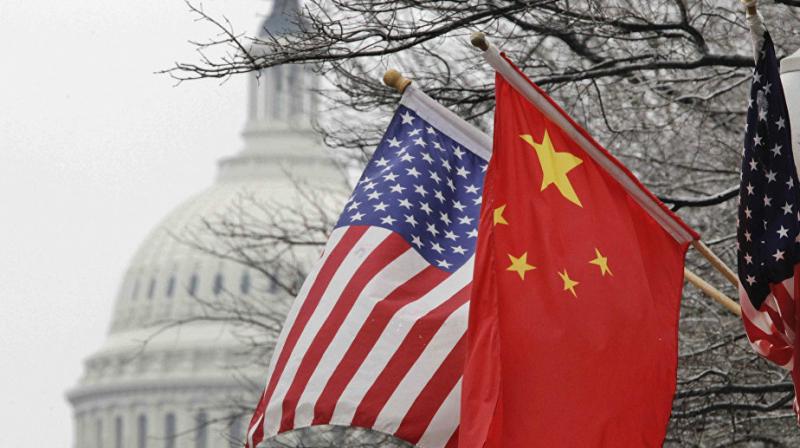 Wang and Tillerson met on Friday at a G20 gathering of foreign ministers, the highest-level Sino-US encounter since President Donald Trump was elected. (Photo: Representational Image/AP)

Beijing: Foreign Minister Wang Yi of China told his US counterpart Rex Tillerson that Beijing was ready to work with the Trump administration, according to a Chinese account of their meeting in Bonn.

Wang and Tillerson met on Friday at a G20 gathering of foreign ministers, the highest-level Sino-US encounter since President Donald Trump was elected.

Trump had infuriated Beijing by calling into question Washington's long-standing "One China" policy, but later reaffirmed it in a conciliatory phone call to Chinese President Xi Jinping last week.

Wang told Tillerson this consensus on the issue "created the necessary pre-conditions for the two nations to engage in strategic cooperation on bilateral, regional, and global issues," said a Chinese foreign ministry statement issued late Friday.

"Wang said that China and the United States, both shouldering the responsibilities of securing world stability and enhancing global prosperity, had more common interests than disputes," the statement went on.

"China is ready to work with the US side to implement the consensus reached between President Xi and President Trump, and move the bilateral relationship forward in the direction that features no conflict, no confrontation, mutual respect and win-win cooperation."

Wang added that the two sides should increase communication and cooperation "to ensure greater development of bilateral relations during Trump's presidency."

The "One China" policy is an acknowledgement that Taiwan is not separate from mainland China.

Trump's telephone call with Taiwan's president after his November election victory infuriated Beijing, which saw it as a repudiation of the "One China" policy.

Wang's attendance at the G20 foreign ministers' meeting seemed in doubt in the fallout, but after Trump's call with Xi, it was announced that the trip would go ahead.

Taiwan has been ruled separately since Mao Zedong's communists ousted China's Nationalists who fled to the island in 1949.

On the campaign trail, Trump regularly attacked China for stealing American jobs and running a massive, unfair trade surplus that he vowed to reverse.

The US State Department said the two ministers discussed the need for a "level playing field for trade and investment."

It said Tillerson also told Wang that Beijing must rein in North Korea after its series of nuclear and ballistic missile tests.