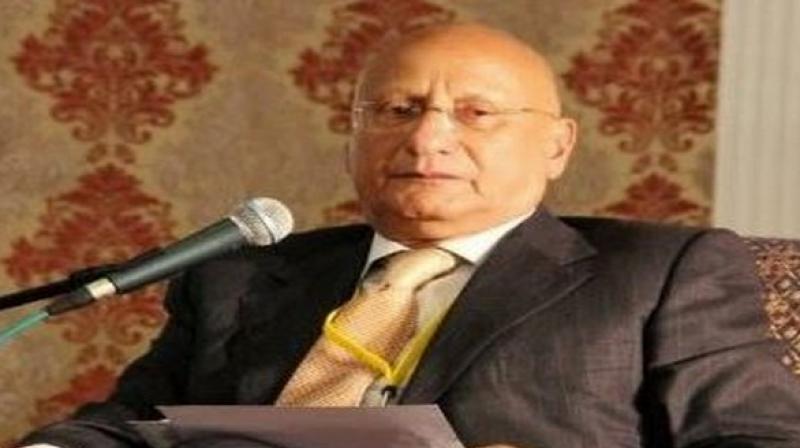 'The question is how will this issue get resolved. I don't think that Modi will be forced to retract due to national interests. It is better for us to understand that this issue cannot be solved by diplomacy. We need to do something as this is unacceptable,' he said. (Photo: Twitter | @ZafarHilaly)

Islamabad: A Pakistani diplomat has claimed that the Kashmir issue can be resolved through a "proxy war or a war" and not "diplomacy" even as Islamabad continues its rant over the matter ever since India recently removed the special status accorded to Jammu and Kashmir.

Zafar Hilaly, who previously served as Pakistan's ambassador to Nigeria, Yemen, and Italy, said even if UN Security Council (UNSC) members pressure Prime Minister Narendra Modi to revoke the abrogation of Article 370, the Indian leader cannot do so due to "national interests."

"...What will the 4-5 permanent UNSC members say? Whatever they say, will they force Modi to take back his actions? This question does not arise. Modi cannot go back (on his decision)," Hilaly told Aaj News journalist Asma Shirazi during a televised show.

"The question is how will this issue get resolved. I don't think that Modi will be forced to retract due to national interests. It is better for us to understand that this issue cannot be solved by diplomacy. We need to do something as this is unacceptable," he said.

The diplomat opined, "I believe that there are two options -- proxy war or war. Anyone thing can happen."

Hilaly's comments come amid rising tensions between India and Pakistan after New Delhi earlier this month revoked Article 370 that granted special status to Jammu and Kashmir and bifurcated the state into two Union Territories.

Ever since India announced its decision to do away with Article 370, a rattled Islamabad has escalated its virulent rhetorics against New Delhi by terming the move as "illegal aggression" and tried to involve the international community in the matter.

However, reiterating its stand over the Kashmir issue, India has consistently refuted any third party interference calling it to be its "internal matter" and resolve all difference "bilaterally".

On Friday, the UNSC held a closed-door consultation on Kashmir. The meeting was called by China at the behest of Pakistan.

However, the China-Pakistan axis failed at the UNSC closed-door meeting when a majority of the Council members refused to take up the Kashmir matter and rejected the Chinese position.

After failing to censure India at the UN, a baffled Pakistan has called a high-level meeting on Saturday to discuss its future plan of action on the Kashmir issue.