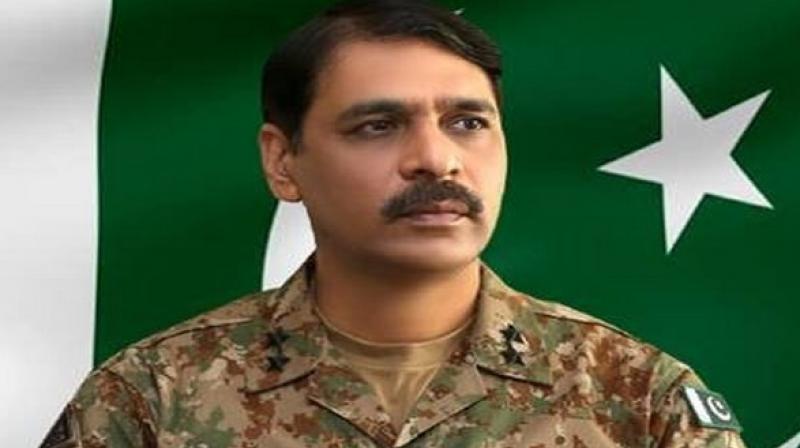 Pakistan: It’s barely a kilometre from the once-restive Pak-Afghan border on this stretch in what is known as the Gul Khan Kilay (GKK) fort located in Pakistan’s Federally Administered Tribal Areas (FATA). In the sunny weather, a row of charged-up Pakistani soldiers brandishing their automatic rifles chant “Allah o Akbar” (God is great) and “Pakistan Zindabad”(long live Pakistan). From the higher peaks on the near horizon begins Afghanistan. Here, Pakistani border posts outnumber the Afghan ones in a 8: 1 ratio.  A group of reporters from select South Asian media publications including this newspaper have been allowed rare access to the area, reserved usually for foreign dignitaries. Aware of the hardships suffered by the Pashto locals in the wake of the Pakistan Army’s anti-insurgency operations in the area that has resulted in some resentment, the Pakistan military’s elite Golden Arrow Division is working at breakneck speed leading rehabilitation efforts in an effort to create state-of-the-art infrastructure and boost economic development in the area. It’s also an effort to ensure that civilians in dire straits do not flock to militants for support.

About 14 kilometres behind GKK Fort in Pakistani territory lies the Miran Shah town, one of the epicentres of the anti-insurgency operations conducted by the Pakistan Army against the Tehreek-e-Taliban (TTP) and other terrorist organisations. Senior Pakistan Army officers told reporters that till 2014, the area was completely under the sway of militant groups. After the launch of full-scale, fierce and bloody anti-insurgency operations, the area was retrieved by the Pakistan Army by about 2016, just two years ago.

Director-general of the Inter-Services Public Relations (ISPR)—the wing of the Pakistan armed forces that interacts with the media—-Maj. Gen. Asif Ghafoor told reporters, “We have conducted an operation (in North Waziristan). People who were displaced are desperate and we will help them. But we will not allow anyone to exploit that desperation.”

It’s perhaps an acknowledgement of the humanitarian problem plaguing the area. Pakistan’s Pashto community—that lives on both sides of the border—has been long-regarded as the sword-arm of the country’s Army. Various Pashto tribes — known historically for their martial valour — inhabit the region but it’s no secret that they, as civilians, are feeling the pressure arising from the military operations. Several market places in the region were destroyed in the fierce battles between the Pakistan Army and Taliban militants, dealing a death blow economically to people of the area.

To showcase how well-entrenched the rebels once were, the Pakistan Army has built replicas of a maze of ground habitats and underground tunnels to show the world how the militants operated from the area with impunity till two years ago. Weapon stores, torture chambers, foreign currency stacks, comfortable beds, walls with pictures of Bollywood (including a much-younger Rani Mukherjee) and south Indian film industry actresses, are part of this re-created museum of sorts. “The original hideouts were destroyed in the operations. This is just to show people how organised the militants once were and what we (the Pakistan Army) were up against,” senior officer Brig. Jawad of the Pakistan Army explained. In the past decade, the Pakistan Army mounted its now-famous Operation Zarb-e-Azb in the FATA region bordering Afghanistan.

But now under the national policy of “Dialogue, Deter and Develop” as well as the military strategy of “Clear, Hold, Build and Transfer”, the Pakistan Army has launched its very own “Winning Hearts and Minds campaign”. This includes government-funded infrastructure such as football and cricket grounds, schools, reconstruction of destroyed markets, renovation of technical education institutes, parks, houses, street pavements, sewage systems and orchards.

It’s an initiative that Pakistan’s powerful military believes will be the game-changer in the troubled region.