PM Khan had extended Bajwa's tenure through a notification in August, but the SC suspended it on Nov 26. 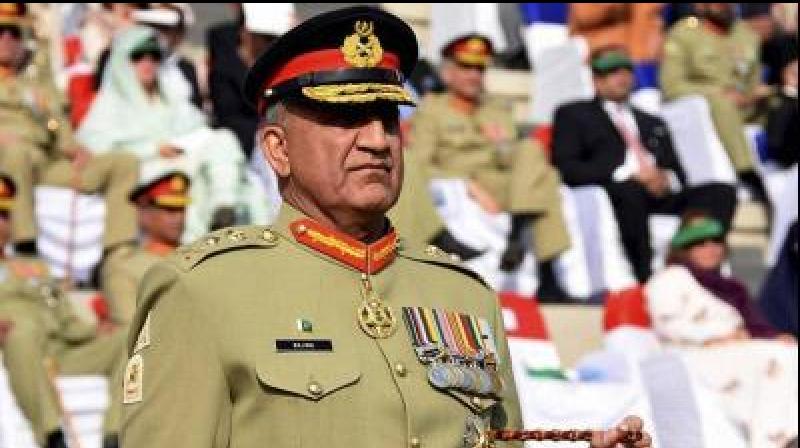 On November 28, Bajwa got a six-month conditional extension from the Supreme Court, ending an unprecedented legal wrangle that shook the government of Prime Minister Imran Khan and pitted the powerful military against the judiciary. (Photo: File | AP)

Islamabad: Pakistan's top judge cautioned the government that "unbridled power or position, like unstructured discretion, is dangerous" before a bench headed by him gave a six-month conditional extension to the powerful Army chief Gen Qamar Javed Bajwa last month, according to the detailed verdict in the case published on Monday.

On November 28, Bajwa got a six-month conditional extension from the Supreme Court, ending an unprecedented legal wrangle that shook the government of Prime Minister Imran Khan and pitted the powerful military against the judiciary.

Prime Minister Khan had extended Bajwa's tenure through a notification in August, but the Supreme Court suspended it on November 26 due to irregularities in the manner of extension.

After three days of heightened uncertainty, Chief Justice Asif Saeed Khosa, who headed a three-member bench, through a short order, announced that Bajwa would remain the Chief of the Army Staff (COAS) for another six months during which the country's Parliament would legislate on the Pakistan Army chief's extension/reappointment.

The ruling came in the nick of time as Bajwa, 59, was set to retire at midnight on November 28.

Justice Khosa, in his additional note on the verdict, said that "in our peculiar historical context Chief of the Army Staff holds a powerful position in ways more than one," adding that "unbridled power or position, like unstructured discretion, is dangerous," Geo News reported.

He ended his note by saying that "the democratic maturity of our nation has reached a stage where this Court can proclaim that, as declared by Chief Justice Sir Edward Coke of England in the Commendam case in the year 1616 regarding the powers of King James I, "Howsoever high you may be; the law is above you".

The media, which published the detailed verdict, written by Justice Mansoor Ali Shah, states that Supreme Court bench found that "no tenure or age of retirement for the rank of General is provided under the law. As per the institutional practice a General retires on completion of a tenure of three years. Although an institutional practice cannot be a valid substitute of the law."

"There is no provision in the law for extending service of a General for another tenure; nor is there any consistent and continuous institutional practice of granting such extension," Justice Shah wrote, adding that the notification for the reappointment, extension and fresh appointment of Bajwa were 'meaningless' in absence of the relevant law.

The verdict further stated that in the light of the attorney general's assurances as well as the importance of the responsibilities of the COAS, it is appropriate that the incumbent Chief of the Army Staff may continue for a period of six months.

However, the court warned that in the absence of legislation on the matter within six months, the institutional practice of retirement of a General on completion of the tenure of three years "shall stand enforced".

It also noted that "separation of powers is a cornerstone of a constitutional democracy and we do not wish to encroach upon the domain of the legislature. This Court has, therefore, in many cases, exercised judicial restraint in deference to the principle of trichotomy of powers and given the other branches of Government a fair opportunity to fulfill their constitutional mandate before making a final verdict on the disputed matters. Exercising judicial restraint, the court said it was giving an opportunity to the federal government to carry out appropriate legislation through an Act of Parliament within a period of six months on the COAS.

"We would like to emphasise that this crucial matter of the tenure of COAS and its extension, which has a somewhat chequered history, is before the Parliament, to fix for all times to come. It is now for the people of Pakistan and their chosen representatives in the Parliament to come up with a law that will provide certainty and predictability to the post of COAS, remembering that in strengthening institutions, nations prosper," Justice Shah concluded.

The unprecedented action by the apex court shook the high echelons of power as the government of Prime Minister Imran Khan scrambled to control the damage.

The powerful military, which has ruled Pakistan for more than half of its 70 plus years of existence, has wielded considerable power in deciding matters concerning security and foreign policies.