India's NSG membership can't be farewell gift: China to US

China has been blocking India's membership bid for the 48-member group despite backing from majority members. 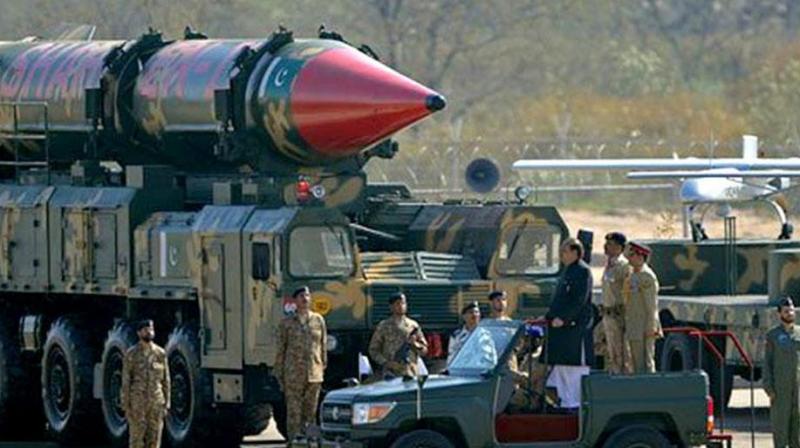 Beijing: China on Monday said admission of non-NPT signatories in NSG cannot be a "farewell gift" for countries to give to each other, a day after the outgoing Obama administration asserted that Beijing was an "outlier" in the efforts to make India a member of the elite nuclear club.

"Regarding India's application to the Nuclear Suppliers Group (NSG), regarding non-NPT countries admission to the NSG, we have made our position clear before so I will not repeat it," Chinese Foreign Ministry Spokesperson Hua Chunying told a media briefing.

She was referring to the remarks by US Assistant Secretary of State for South and Central Asia, Nisha Desai Biswal, on the issue.

"Clearly there is one outlier that needs to be addressed and that is China," Biswal had said on India's NSG membership bid.

"I just want to point out that NSG membership shall not be some kind of (a) farewell gift for countries to give to each other," Hua said, taking a dig at the Obama administration.

China has been blocking India's membership bid for the 48-member group despite backing from majority members on the grounds that India is not a signatory to the nuclear non-proliferation treaty (NPT).

China is advocating a two-step approach for admission of countries who have not signed the NPT.

As per the new stand announced by Beijing, it first wants to find a solution that is applicable to the admission of all non-NPT countries followed by discussions on admitting specific nations.

Besides India, China is also interacting with Pakistan on the issue as Islamabad too applied for NSG membership after India.

On the issue of China's technical hold on India's application to get Jaish-e-Mohammad chief Masood Azhar banned by the UN, Hua took an exception to the criticism that Beijing had blocked the UN ban on him.

Answering a question about French Foreign Minister Jean-Marc Ayrault's comments calling for "decisive action" against Pakistan-based terror groups like LeT, JeM and Hizbul Mujahideen which are "targeting" India, Hua said, "I don't like the word block."

"As we have explained our position before, on this question, the 1267 Committee needs to base its decision on solid evidence, follow relevant resolutions and rules of procedure and make a decision based on consensus. The technical hold China proposed is to allow more time for consultation and deliberation," she said.

When asked whether China will re-think over this issue this year if India files a fresh application, as the previous one lapsed due to two technical holds by Beijing, Hua said, "China raised the technical hold to give more space for deliberation and consultation".

"It is a regret that no consensus has been reached so far. We need more consensus and more time for deliberation so as to reach a consensus," Hua said

"We need more time for deliberations so as to reach a consensus and the committee will follow relevant resolutions and rules of procedure. We will remain in touch with relevant parties on this," she said.