At least 15 policemen were wounded in the coordinated assaults. 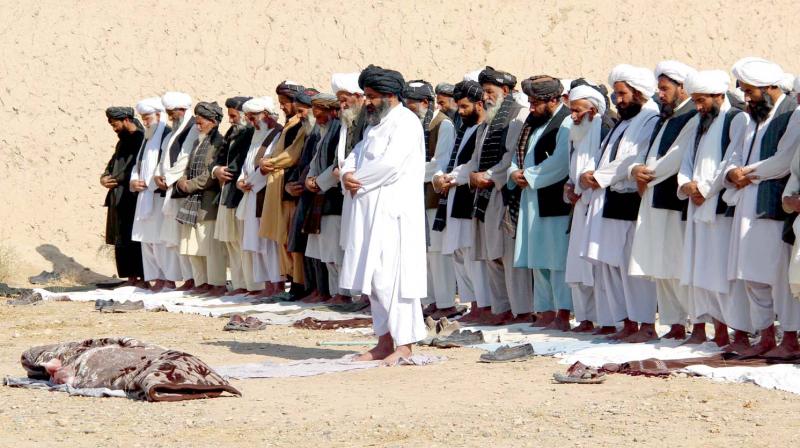 Helal said the attacks took place in the Maywand and Zhari districts and some gun battles lasted for hours. He said 45 Taliban were killed and 35 others wounded.

Khalid Pashtun, a member of parliament from the region, put the number of police killed at 37 and 30 wounded.

The Taliban issued statements on their social media accounts claiming the attacks.

“I can confirm that last night the Taliban launched a wave of attacks on police checkpoints in Maiwand and Zhari districts and we lost 22 brave policemen,” Kandahar governor spokesman Qudrat Khushbakht said.

He added that 45 militants were killed during the fighting that lasted around six hours.

In one of the attacks militants used an explosives-packed police pickup to ambush a checkpoint, Kandahar police spokesman Matiullah Helal told AFP.

At least 15 policemen were wounded in the coordinated assaults.

The attack on the US military convoy in Kandahar added to the casualty toll.