Rana Sanaullah also demanded of the Ulema (clerics) to keep an eye on those using religion for their political motives. 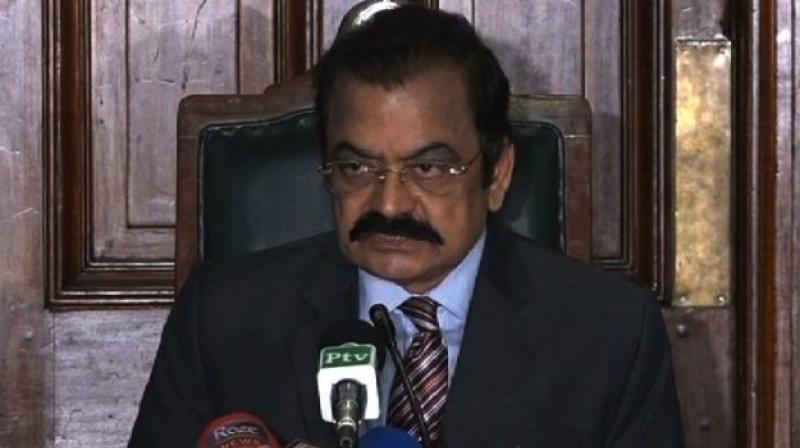 Punjab Law Minister Rana Sanaullah said that religious liberty regarding preaching of Islam had not been granted to the Ahmadi community as they did not believe in Khatm-e-Naboowat (finality of the Prophethood).

“Ahmadis have not declared themselves non-Muslims and pretend to be Muslims as they quote Quranic verses in their books, newspapers and digests for which they have not been permitted,” said the law minister while addressing a news conference in Lahore.

He said it is also the obligation of Ahmadis to accept themselves as non-Muslims, adding that those not believing in Khatm-e-Naboowat could not be declared Muslims “which is why Ahmadis are not Muslims.”

“It is clearly mentioned in our Constitution that Ahmadis are not Muslims,” he said, adding that the Constitution promised complete protection of the civil and religious liberty given to all non-Muslim minorities.

The provincial minister said it was the state’s responsibility to protect the lives and properties of the minorities. He also demanded of the Ulema (clerics) to keep an eye on those using religion for their political motives.