A family of five,including a child, had carried out the suicide bombing that wounded 10 people. 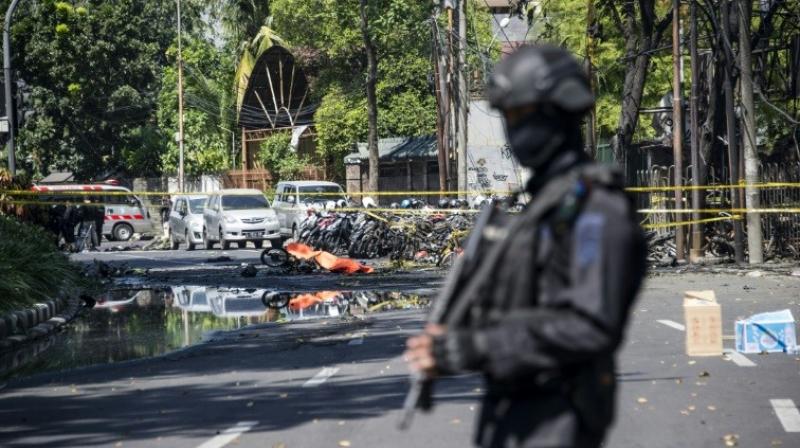 Lit candles are placed in the ground during a candlelight vigil in support of the victims and their relatives following a series of bomb attacks in Surabaya, in Jakarta on May 14, 2018. (Photo: AFP)

Surabaya: The Islamic State group claimed responsibility for the suicide bombing of a police headquarters in Indonesia’s second city Surabaya Monday, according to the SITE monitoring group.

A family of five, including a child, carried out the suicide bombing which wounded 10 people, police said, a day after a deadly wave of attacks on churches in the same city staged by another family also claimed by IS.

“A martyrdom-seeking operation with an explosive-laden motorcycle hit the gate of an Indonesian police headquarters in the city of Surabaya in East Java province in Indonesia,” IS’s official Amaq news agency reported, according to SITE.