Another ten people died, all in Wuhan, bringing the national toll from the disease in mainland China to 3,199 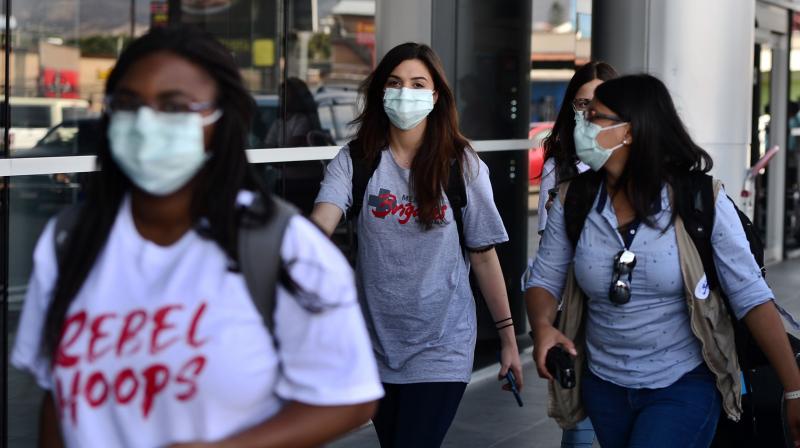 Beijing: China on Sunday reported 16 new imported cases of the coronavirus, the highest in over a week, as domestic cases dwindle in the country.

The National Health Commission said infections involving people arriving from overseas were reported in five provinces and cities including Beijing and Shanghai.

Only four new domestic cases were detected, all in Hubei province's capital Wuhan, where the virus first emerged in December.

There have now been 111 imported infections, with regions outside of Hubei reporting no new indigenous cases for the third day in the row, prompting fears that China's measures to contain the virus domestically could be undone by reintroduced outbreaks.

Another ten people died, all in Wuhan, bringing the national toll from the disease in mainland China to 3,199.

Central Hubei was locked down in January, placing some 56 million people under quarantine, but the number of cases has declined in recent weeks.

Provincial authorities in Hubei Saturday loosened restrictions that had prevented people from leaving their residential compounds and villages freely.

"All the (administrative authorities) in urban communities and village areas that are classified as low risk have removed closed management," said Liu Dongru, deputy director of the Hubei Health Commission said Sunday, referring to a previous policy of blocking entrances to communities and monitoring residents' movements.

The province had announced on Tuesday that people in medium-and low-risk areas would be able to travel within the province.

There is no indication that people can leave the province, and the measures also did not appear to loosen restrictions in Hubei's capital, Wuhan, where the virus first emerged in December.

Meanwhile, Chinese authorities have stepped up surveillance of international arrivals.

Beijing on Wednesday ordered all international arrivals to the city to go into 14-day quarantine.

All international flights into the capital's secondary Daxing Airport have now been rerouted to arrive at the older Beijing Capital Airport, where arrivals will be screened and monitored, state news agency Xinhua reported Saturday.

The three cases imported into Shanghai were from Italy, France and Spain, all Chinese citizens living in Europe, according to Shanghai authorities.

Beijing did not specify the nationalities of the newly detected patients, nor did Guangdong province, which said one arrival from the Philippines had been diagnosed. Another seven imported cases were reported in Zhejiang and Gansu provinces.