After she fell to the floor, he continued stabbing and slashing her on her head, neck, body and arms. 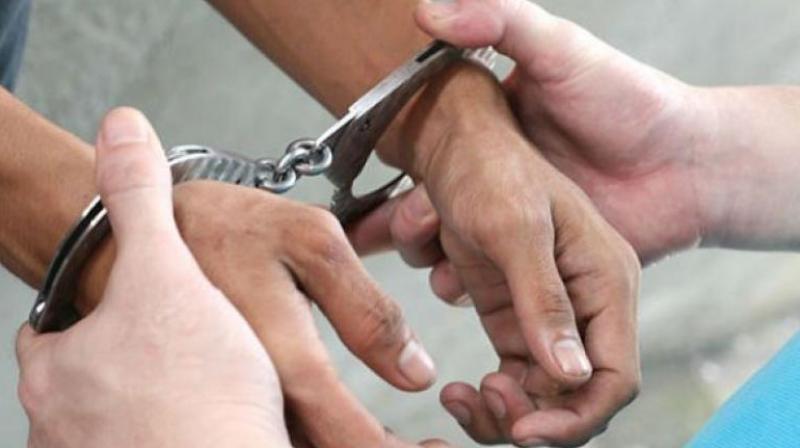 He wooed her even though she had a boyfriend. She initially played along but later apologised, telling him ‘it was a joke all along’. (Representational Image)

Singapore: An Indian national faces life or 20 years in prison with possible caning for attempted murder of a student nurse who had spurned his advances, according to a media report.

The 34-year-old man, whose name has been redacted from court documents, denied he had any intention to kill her in December 2013 but claimed he had taken a knife with him to meet her as he intended to commit suicide in front of her, The Straits Times reported Thursday.

But he could not recall what had happened when he stabbed her at the void deck of an apartment block where the student nurse lived.

Justice Woo Bih Li found that the accused had intended to kill the victim, who was 20 at the time, pointing to her testimony, the accused's statements to the police, and the way he had "repeatedly, relentlessly and forcefully" attacked her.

He will be sentenced on a later date. He faces life imprisonment or up to 20 years in prison, and possible caning or a fine.

The man got to know the student nurse in February 2013, while she was attached to the hospital where he worked as a healthcare assistant.

He wooed her even though she had a boyfriend. She initially played along but later apologised, telling him "it was a joke all along”.

He refused to accept the rejection and even turned up outside her flat to ask for her hand in marriage.

On 19 December, 2013, he again went to her home to propose marriage. He behaved aggressively on being rebuffed but left after the police were called. He went home, hid a knife in his sock and returned, sleeping at the void deck to wait for her.

After she fell to the floor, he continued stabbing and slashing her on her head, neck, body and arms.

The woman's parents rushed down upon hearing her screams. When her father saw the accused with a knife in his hand on top of his daughter, he pushed the assailant away.

The knife dropped and the accused fled after a brief struggle. He was detained by two passers-by and arrested by the police.

Justice Woo accepted the victim's account, who said that as the accused was stabbing her, he shouted "saavudi" in Tamil, which meant "die". He also told her: "If I can't have you, no man should have you."

The judge noted the accused had told the police after his arrest that he wanted to kill the victim because she cheated on him.

The number and nature of the injuries, as well as the way the accused had attacked the victim, reinforced his view that the man had intended to kill her, the judge said.