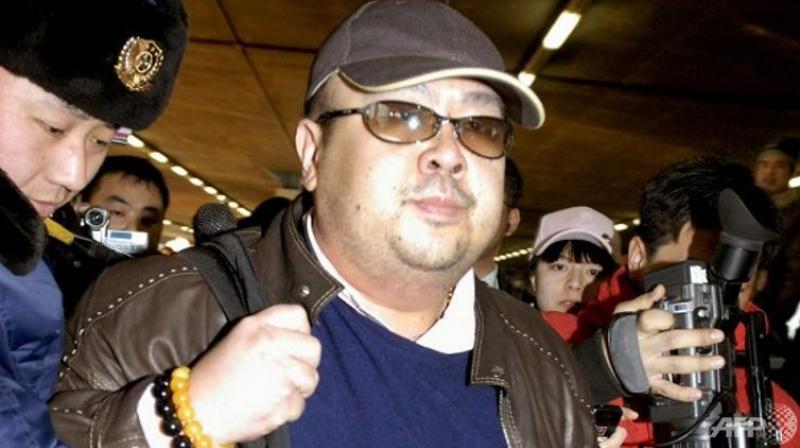 Seoul: The body of the assassinated half-brother of North Korea’s leader is to undergo an autopsy on Wednesday, police said, as they tried to piece together how the Cold War-style killing happened at a Malaysian airport.

Two female agents are believed to have used some kind of toxin in the attack, with reports from Malaysia and South Korea saying Kim Jong-Nam had been stabbed with poison-tipped needles or had chemicals sprayed in his face.

The assassination, which came as North Korea readied to celebrate the birthday this week of the two men’s father, illustrates the “brutal and inhumane” nature of the Pyongyang regime led by Kim Jong-Un, Seoul said.

Police in Malaysia are examining CCTV footage from Kuala Lumpur International Airport to try to determine what happened during the attack on Monday morning.

“He told the receptionist at the departure hall that someone had grabbed his face from behind and splashed some liquid on him,” Selangor state’s criminal investigation chief Fadzil Ahmat was reported as saying by Malaysia’s The Star newspaper.

“He asked for help and was immediately sent to the airport’s clinic. At this point, he was experiencing headache and was on the verge of passing out,” said Fadzil.

“At the clinic, the victim experienced a mild seizure. He was put into an ambulance and was being taken to the Putrajaya Hospital when he was pronounced dead,” he said.

South Korean reports had earlier suggested the two female assassins had used poison-tipped needles during the killing, before fleeing in a taxi.

On Wednesday his body was taken to a Kuala Lumpur hospital under police guard, where pathologists were expected to run tests to determine exactly how he died.

Kim had at one time been set to assume the leadership of his isolated country, but fell out of favour after an embarrassing attempt to get into Japan on a fake passport in 2001.

He had since lived in exile, mostly in the gambling haven of Macau, but was also spotted in other Asian countries and there were reports of his playboy lifestyle.

Kim, 45, was believed to have been in Malaysia on a passport bearing the name Kim Chol, a known alias, according to South Korean media.

But Seoul on Wednesday confirmed that the dead man was a member of the Kim dynasty.

“Our government is certain that the murdered man is Kim Jong-Nam,” said Chung Joon-Hee, a spokesman for Seoul’s unification ministry that handles inter-Korea affairs.

“If confirmed, the murder of Kim Jong-Nam would be an example that shows the brutality and inhumane nature of the North Korean regime,” acting leader Hwang Kyo-Ahn told a meeting of top security officials earlier, according to his spokesman.

In Pyongyang, celebrations had begun for Thursday’s anniversary of the birth of Kim Jong-Il, Jong-Nam’s father, with no mention of the killing.

Kim’s killing is thought to be the highest-profile death under the Jong-Un regime since the execution of the leader’s uncle, Jang Song-Thaek, in December 2013.

Jong-Un has been trying to strengthen his grip on power in the face of growing international pressure over his country’s nuclear and missile programmes, and regular reports have emerged on purges and executions.

Jong-Nam, known as an advocate of reform in the North, once told Japanese reporters that he opposed his country’s dynastic system.

In a 2012 interview from his school in Bosnia, a 17-year-old Kim Han-Sol, Jong-Nam’s son, said his father had been passed over for succession because he “was not really interested in politics”.

“I don’t really know why he became a dictator,” Kim said of his uncle Kim Jong-Un. “It was between him and my grandfather.”

It emerged Wednesday that Jong-Nam had pleaded with his younger brother for his life to be spared after an earlier assassination attempt.

“Jong-Nam in April 2012 sent a letter to Jong-Un saying ‘Please spare me and my family,’” Kim Byung-Kee, a member of the parliamentary intelligence committee, told reporters.

“It also said ‘We have nowhere to go... we know that the only way to escape is suicide’,” he said, after a closed-door briefing by Seoul’s spy chief.

Cheong Seong-Chang of the independent Sejong Institute in Seoul said the assassination was “unthinkable without a direct order or approval from Kim Jong-Un himself”.

His killing was likely motivated by a recent news report that Kim Jong-Nam had sought to defect to the EU, the US or South Korea as far back as in 2012, he said.