The journalists will be charged under colonial-era Official Secrets Act, penalty can be up to 14 years in prison. 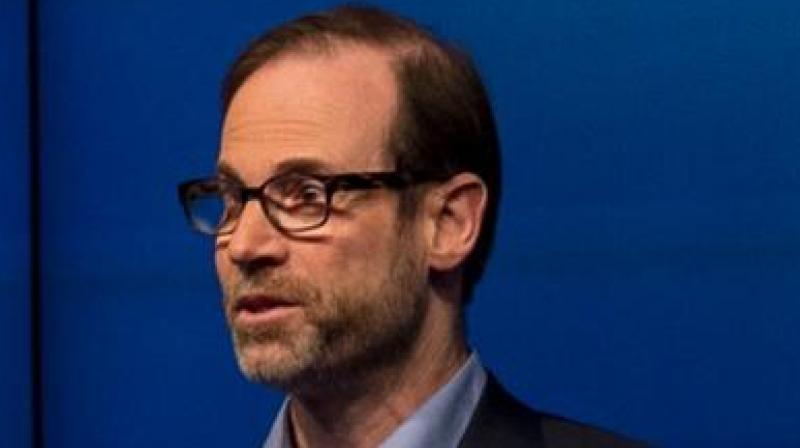 'Reuters reporters Wa Lone and Kyaw Soe Oo have been reporting on events of global importance in Myanmar, and we learned that they have been arrested in connection with their work,' says Stephen J. Adler, President and Editor-in-Chief of Reuters. (Photo: Twitter/@stephenjadler)

Bangkok: Reuters news agency called on Myanmar to immediately release its two journalists who were arrested for possessing "important secret papers" obtained from two policemen who had worked in Rakhine state, where violence widely blamed on security forces has forced more than 6, 25,000 minority Rohingya Muslims to flee into neighbouring Bangladesh.

The Ministry of Information said Wednesday the journalists and policemen will be charged under the country's colonial-era Official Secrets Act, which carries penalties of up to 14 years in prison.

"Reuters reporters Wa Lone and Kyaw Soe Oo have been reporting on events of global importance in Myanmar, and we learned on Thursday that they have been arrested in connection with their work," Stephen J. Adler, President and Editor-in-Chief of Reuters, said in a statement.

"We are outraged by this blatant attack on press freedom. We call for authorities to release them immediately," he said.

The ministry posted a photo of the two journalists in handcuffs, standing behind a table bearing documents, cellphones and currency. It said they had collected "information and important secret papers related to the security forces" from the policemen, who had earlier worked in Rakhine but were now in Yangon, the country's largest city.

Rakhine state is the epicenter of the Myanmar military's brutal security operation against Rohingya Muslims. The campaign, launched in August in response to attacks on police outposts, has been condemned by the United Nations as "ethnic cleansing" and those fleeing have described widespread rights abuses by security forces.

The military, which is charge of security in northern Rakhine, and the civilian government, have barred most journalists and international observers from independently travelling to the region.

Shawn Crispin, a senior representative for the Committee to Protect Journalists, also called on Myanmar authorities to "to immediately, unconditionally release" the journalists.

"These arrests come amid a widening crackdown which is having a grave impact on the ability of journalists to cover a story of vital global importance," he said.