I reiterate my commitment to work with East Asia Summit: Modi at ASEAN

The Prime Minister said that it was time for the ASEAN nations to jointly address the challenge of terrorism. 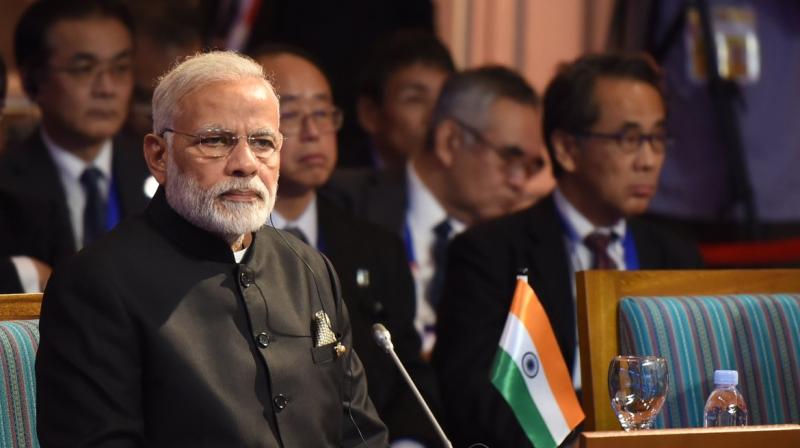 In an address at the annual gathering of leaders of the grouping in Manila, the Prime Minister said India was looking forward to a greater role by the East Asia Summit in the region.

"We look forward to the East Asia Summit attaining greater salience in years to come. I reiterate my commitment to work with you to address the political, security and economic issues of the region," Modi said.

The East Asia Summit is the premier forum in the Asia-Pacific region. Since its inception in 2005, it has played a significant role in the strategic, geopolitical and economic evolution of East Asia.

Prime Minister Narendra Modi said ASEAN began in times of a great global divide, but today, it is shining as a beacon of hope. He described ASEAN as a symbol of peace and prosperity.

The leaders are expected to discuss issues related to terrorism, situation in Afghanistan and North Korea's nuclear and missile tests among others.

The Prime Minister also invited the ASEAN leaders for the 69th Republic Day.

"1.25 billion people of India are keen to welcome the ASEAN Leaders as our Chief Guests at India’s 69th Republic Day Celebrations," Modi said.

He said, "I look forward to a befitting culmination of the commemorative year and receiving you at the India-ASEAN Special Commemorative Summit on 25 January 2018 in New Delhi."

The Prime Minister said that it was time for the ASEAN nations to jointly address the challenge of terrorism.

"We have individually strived very hard to fight terrorism and violent extremism. It is time that we jointly address this challenge by intensifying cooperation in this crucial area," Modi said.