The constitution makes it mandatory to convene NA session within 21 days of general elections. 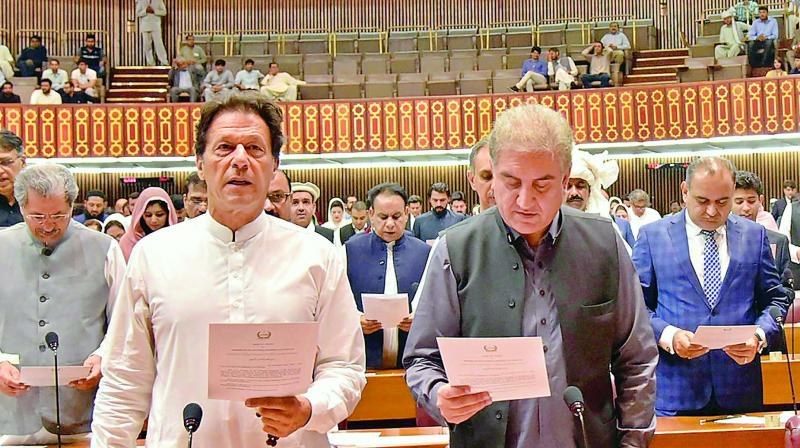 The first session of the 15th National Assembly was held as 325 members of the lower house of the parliament took oath after the July 25 general elections.

Outgoing NA speaker Ayaz Sadiq presided over the historic session and administered oath to the MNAs-elect in the 342-member house.

The session began with the MNAs-elect standing up for the national anthem and was followed by the recitation of the Quran. The speaker then read out the procedure for the election of the new speaker and deputy speaker.

He then administered oath to the MNAs-elect following which they signed the roll of members in alphabetical order. PPP leader Asif Ali Zardari was the first one to sign the roll register.

Strict security arrangements were in place for the occasion as at least a thousand security men were deployed in and outside the parliament building.

The constitution makes it mandatory to convene NA session within 21 days of general elections.