South Korea, Egypt and US show spike in virus cases after virus restrictions were lifted, as China now fears of a second wave 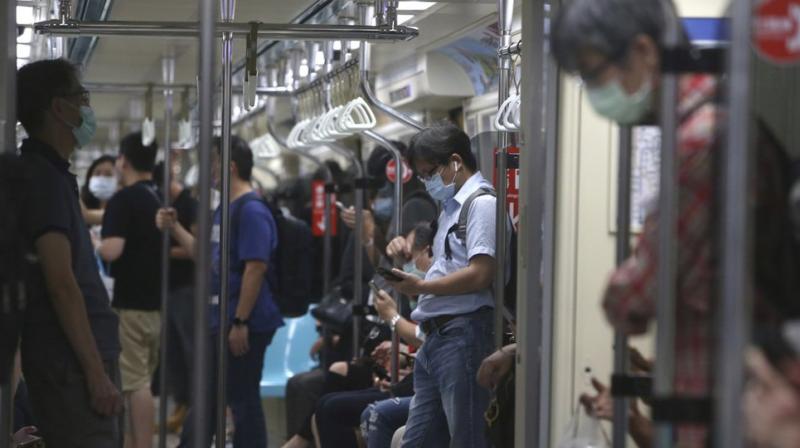 People wear face masks to protect against the spread of the coronavirus as they ride the subway in Taipei, Taiwan. (AP)

Seoul: Infections in South Korea have spiked up, showing how the disease can come back as curbs on business and travel are lifted.

Elsewhere, governments including Egypt, Ukraine and North Macedonia have reported their highest single-day totals of new infections since Friday. In the United States, case numbers are rising in some states as President Donald Trump pushes to reopen businesses despite warnings by public health experts.

The world is seeing more than 100,000 newly confirmed cases every day, according to data from Johns Hopkins University.

The Korea Centers for Disease Control and Prevention said 30 were in the greater Seoul area, where half of the country’s 51 million people live. New cases have been linked to nightlife establishments, church services, an e-commerce warehouse and door-to-door sellers.

In the United States, the number of new cases in Arizona in the southwest has risen to more than 1,000 per day from fewer than 400 when the state’s shutdown was lifted in mid-May, according to an analysis by The Associated Press.

Gov. Doug Ducey is not requiring Arizona residents to wear masks in public despite warnings by public health experts outside the government.

The states of Utah and Oregon suspended further reopening of their economies due to a spike in cases.