India to skip One Belt One Road Summit in Beijing 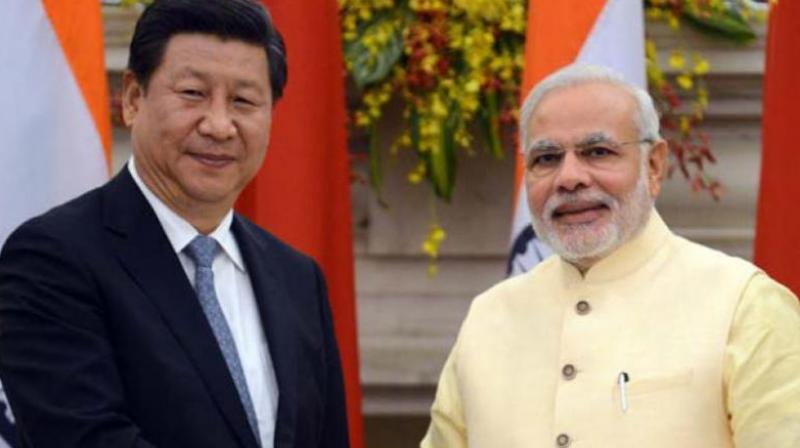 New Delhi: India indicated late on Saturday evening that it is boycotting the two-day One Belt One Road (OBOR) conference in Beijing starting from Sunday without expressly saying so and said its “core concerns on sovereignty and territorial integrity” — regarding the China-Pakistan Economic Corridor (CPEC) that passes through Pakistan-occupied Kashmir (PoK) — had been “ignored”.

In a statement that pointed out that the CPEC is “being projected as the flagship project of the OBOR”, India said, “No country can accept a project that ignores its core concerns on sovereignty and territorial integrity”.

New Delhi also indicated it had concerns about other issues that include whether the economic benefits will be distributed in an equitable manner and also the financial viability of the projects.

Pointing out that it had initiated several connectivity projects of its own, India said it has been “urging China to engage in a meaningful dialogue” on the OBOR and that it is looking forward to a positive response, thereby clearly indicating that the OBOR in its current form is not acceptable to New Delhi.

In a detailed statement, New Delhi said, “Regarding the so-called ‘China-Pakistan Economic Corridor’, which is being projected as the flagship project of the BRI/OBOR, the international community is well aware of India’s position. No country can accept a project that ignores its core concerns on sovereignty and territorial integrity. ... Connectivity projects must be pursued in a manner that respects sovereignty and territorial integrity.”

The ministry of external affairs (MEA) said, “We had received formal invitation to participate in the 6 separate forums that China is organising as part of the Belt and Road Forum being held in Beijing on May 14-16, 2017. We are of firm belief that connectivity initiatives must be based on universally recognised international norms, good governance, rule of law, openness, transparency and equality. Connectivity initiatives must follow principles of financial responsibility to avoid projects that would create unsustainable debt burden for communities. ... India shares international community’s desire for enhancing physical connectivity and believes that it should bring greater economic benefits to all in an equitable and balanced manner.”

India further said, “Expansion and strengthening of connectivity is an integral part of India’s economic and diplomatic initiatives. Under the ‘Act East’ policy, we are pursuing the Trilateral Highway project; under our ‘Neighbourhood First’ policy we are developing multimodal linkages with Myanmar and Bangladesh; under our ‘Go West’ strategy, we are engaged with Iran on Chabahar Port and with Iran and other partners in Central Asia on International North South Transport Corridor.”

The MEA added, “Guided by our principled position in the matter, we have been urging China to engage in a meaningful dialogue on its connectivity initiative, ‘One Belt, One Road’ which was later renamed as ‘Belt and Road Initiative’. We are awaiting a positive response from the Chinese side.”

The boycott of the conference is also being interpreted by some as an apparent retaliation to the Chinese snub on the NSG membership and Masood Azhar issues. China had been extremely keen that India attend the conference. But India has been infuriated over the Chinese move to block India’s membership to the Nuclear Suppliers Group (NSG) through the fig-leaf of demanding a policy first on admission of non-NPT signatory nations and also blocking UN sanctions on Pakistan-based terrorist Masood Azhar.

Chinese scholars have been issuing dire warnings on how India would be isolated since both the United States and even South Asian countries like Nepal and Sri Lanka have decided to participate in the OBOR meet. But New Delhi seems unfazed.

China is planning to invest billions of its Yuan currency in constructing railways, waterways and highways as part of its OBOR initiative. The proposed OBOR comprises two corridors, one on land, and the other maritime. The land corridors will be part of the Silk Road Economic Belt (SREB), with corridors through Central, West and South Asia which will link China with Europe. This is coined on the ancient Silk road through which successive great ancient Chinese empires traded with the Romans who greatly prized silk, then the premium Chinese product.

The modern proposed SREB will forge China’s links with western Europe through Central Asia and Russia, and with the Mediterranean through West Asia. Further, it will also ensure access to the Indian Ocean through the much shorter land route through Pakistan that passes through PoK culminating in the port of Gwadar in Pakistan’s restive Balochistan province.

The second part of the OBOR comprises an ambitious plan for sea-routes connecting China with south-east Asia and onward to Africa supplemented by rail and road networks for which Beijing has heavily invested in Africa.

India, which is also uneasy about Chinese presence in the Indian Ocean and in nations — apart from Pakistan — in the region which include Bangladesh, Sri Lanka, Myanmar, the Maldives and even land-locked Nepal, has its own deep engagement with the ASEAN nations in South-east Asia and the African continent as part of the India-Africa Forum Summit (IAFS) initiative.

The OBOR is the brainchild of Chinese President Xi Jinping who reportedly first outlined the concept in Kazakhstan in September, 2013, and then in Indonesia in October, 2013.