Health officials have said Kim's relatives will be given two to three weeks to claim his body before deciding what to do with it. 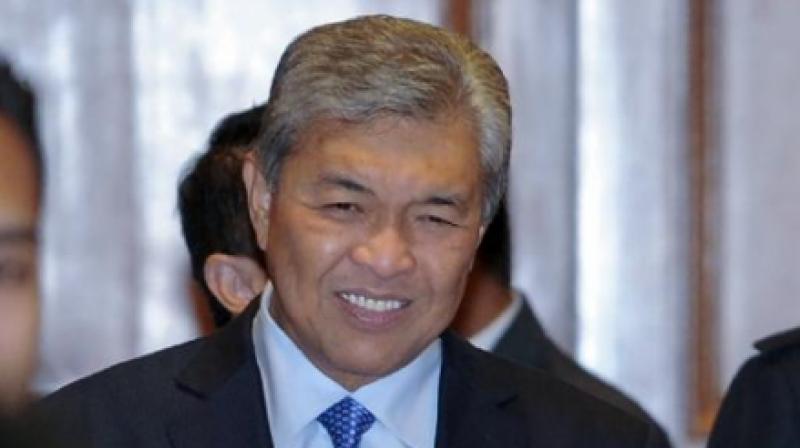 Kuala Lumpur: Malaysia's Deputy Prime Minister Ahmad Zahid Hamidi said on Tuesday that the body of Kim Jong Nam, who was killed in February, has been embalmed to better preserve it and that about 50 North Koreans whose work permits have expired will be deported.

News of the deportations was a surprise as the countries have barred each other's citizen from leaving amid a diplomatic standoff over Kim's death.

Zahid said Kim's body was taken out of the hospital morgue at a Kuala Lumpur hospital for the embalmment procedure and has been returned. He declined to say when it was done.

"As it is kept in the mortuary, the body might decompose, so we did this to preserve the body," he told reporters in Parliament.

Health officials have said Kim's relatives will be given two to three weeks to claim his body before deciding what to do with it.

North Korea had demanded the body back and objected when Malaysia conducted an autopsy. Pyongyang also had refused to acknowledge that Kim Jong Nam was the victim and referred to him as Kim Chol, the name on the passport Kim was carrying when he was attacked in a crowded airport terminal.

Malaysian police said Friday that Kim Chol and Kim Jong Nam were the same person, but refused to say how they confirmed that.

Relations between the countries have deteriorated sharply since Kim's death, with each expelling the other's ambassador.

Last Tuesday, North Korea blocked all Malaysians from leaving the country until a "fair settlement" of the case was reached. Malaysia then barred North Koreans from exiting its soil.

Zahid, who earlier said negotiations were ongoing, said today that about 50 North Koreans detained in eastern Sarawak state for overstaying their work permits will be sent back to Pyongyang soon. He didn't give details nor say why they would be deported amid the exit ban.

There are nine Malaysians in North Korea three embassy staff members and their family members. About 315 North Koreans are in Malaysia, according to Malaysian officials.

Both countries also scrapped visa-free travel for each other's citizens. Although Malaysia has never directly accused North Korea of being behind the attack, many speculate that Pyongyang must have orchestrated it.