'I have been subject to at least 15 probes; All attempts resulted in nothing, and this time too they will come to nothing,' Netanyahu said. 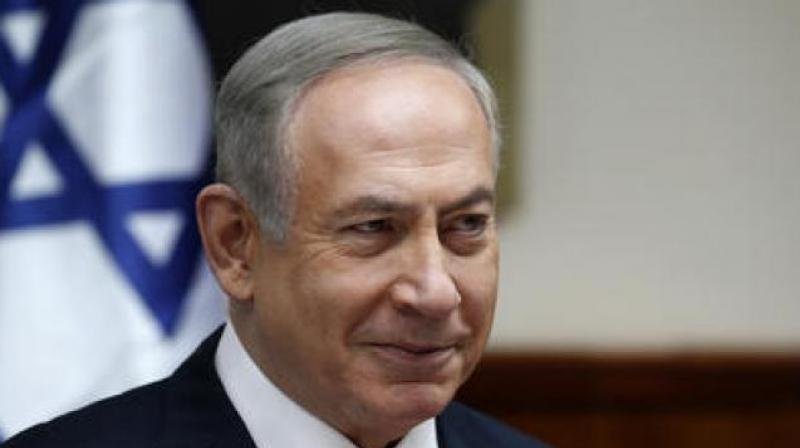 Netanyahu, prime minister for nearly 12 years, addressed the nation as news of the recommendations broke, proclaiming his innocence and pledging to continue to lead the country. (Photo: File)

Jerusalem: Israeli police on Tuesday recommended that Prime Minister Benjamin Netanyahu be indicted in two cases of alleged corruption after a long-running probe in a move set to shake the country's politics.

A decision to press formal charges against the veteran premier now rests with the attorney general's office, which is expected to take weeks or months to decide how to proceed.

Netanyahu, prime minister for nearly 12 years, addressed the nation as news of the recommendations broke, proclaiming his innocence and pledging to continue to lead the country.

"Over the years, I have been the subject of at least 15 enquiries and investigations," Netanyahu said in the televised address.

"Some have ended with thunderous police recommendations like those of tonight. All of those attempts resulted in nothing, and this time again they will come to nothing."

A prime minister who is facing such police recommendations or who has been formally charged with offences is not obliged to resign.

Police said in a statement they were recommending his indictment on bribery, fraud and breach of public trust.

Police have been investigating Netanyahu over suspicions that he received expensive gifts, including pricey cigars, from Hollywood producer Arnon Milchan and Australian billionaire James Packer.

They have also been probing allegations that Netanyahu sought a secret deal for favourable coverage with the publisher of top-selling newspaper Yediot Aharonot.

The 68-year-old right-wing premier has been questioned seven times by police over the allegations and has called the investigation an attempt by political opponents to force him from office.

Last week, Netanyahu lashed out at police in a rare attack as indications grew that detectives were preparing to recommend his indictment, questioning their ability to act fairly.

While an indictment alone would not legally oblige Netanyahu to resign, he would likely face mounting pressure to do so. He would be legally forced to step down if convicted and with all appeals exhausted.

Parliament, however, could also enact a special procedure against him before his case is exhausted if he is found to be guilty of moral turpitude.

Netanyahu's time as premier is fast approaching Israel's revered founding father David Ben-Gurion's 13 years, and he has shown himself to be a shrewd politician.

But an indictment is sure to encourage his political rivals -- including those from within his own party -- to move against him.

Israel has not shied away from pursuing criminal cases against top politicians.

Former prime minister Ehud Olmert resigned from office after police recommended he be indicted for graft. He was freed from prison in July after being granted parole from a 27-month sentence.