Lahore High Court Chief Justice granted the permission to private television channels in the light of the report submitted by the PEMRA. 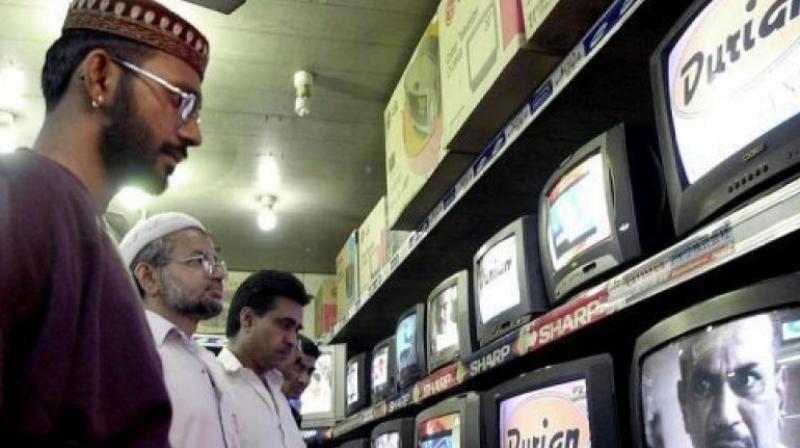 Lahore: A Pakistani court has allowed private television channels having valid licences to show Indian films as per their terms of agreement with the country's regulatory authority.

Lahore High Court Chief Justice Syed Mansoor Ali Shah on Monday granted the permission to private television channels in the light of the report put by the Pakistan Electronic Media Regulatory Authority (PEMRA) before the court.

The report stated that television channels should be allowed to run Indian films as per clause 7.2 (ii) of License Establish & Operate Satellite TV Broadcast Channel Station.

Advocate Taffazul Rizvi, counsel for petitioner, argued in the court that the channels should also be allowed to broadcast Indian plays as they also fall within the definition of 'entertainment' under the licence agreement with the PEMRA.

PEMRA law officer contested the argument seeking time to establish that the 'entertainment' does not include 'Indian plays'.

He said the channels were allowed to run Indian films as per terms of their licence agreements with PEMRA.

PEMRA in its October 2016 order had banned Pakistani private channels being operated through cable network from airing the Indian content.

The petition filed said the order was a violation of PEMRA rules and the Constitution.

The petitioner said in 2010 he had been granted a 15-year licence by PEMRA to operate a cable channel - Filmazia -  and under the licence it was allowed to broadcast 10 per cent of foreign content including Indian.

"The channel because of running foreign (Indian) content became very popular and received highest viewership ratings across the country," he said.

It said the PEMRA without citing any legal reason in October issued a circular abruptly banning all Indian content on cable channels in Pakistan.

"The government is indulging in selective patriotism as Indian movies are allowed to be exhibited in cinemas all over the country showing its double standards," he alleged.

Earlier, Justice Shah had observed that when Indian movies are being screened in cinemas in the country what justification the government/PEMRA has to ban them on TV.

The court adjourned the further hearing till March 2.