11 dead, 41 injured after suicide bombers strike at 3 churches in Indonesia

The deadly blasts all occurred within 10 minutes of each other, police said, with the first explosion at 7.30 am. 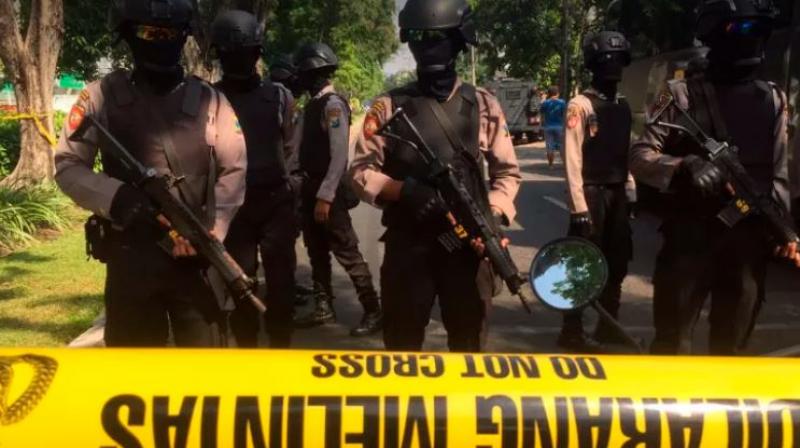 Police officers stand guard near the site where an explosion went off at Santa Maria church in Surabaya, East Java, Indonesia. (Photo: AP)

Jakarta: At least 11 people were killed and 41 others injured in bomb attacks, including a suicide blast, targeting churches in Indonesia’s second biggest city Surabaya, police said on Sunday, the latest assault on a religious minority in the world’s biggest Muslim-majority country.

The deadly blasts all occurred within 10 minutes of each other, police said, with the first explosion at 7.30 am.

Police have only given details of one attack on Santa Maria Catholic Church and there have not yet been any claims of responsibility.

“In total 13 people are being treated at the hospital.” Indonesia is home to significant numbers of Christians, Hindus and Buddhists but there are concerns over rising intolerance. Extremists have mounted a series of attacks against Christians and other minorities in recent years.

Indonesian police shot and wounded a man who attacked a church congregation in Sleman town with a sword during Sunday Mass in February.

The radical Islamist, who had wanted to fight with the Islamic State group in Syria, injured four people.