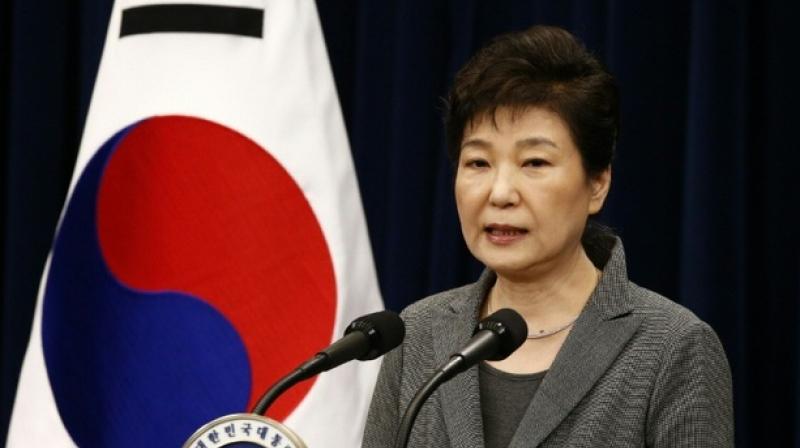 Park's Blue House had 10 main presidential advisers but one position has been vacant since the arrest of one adviser over the scandal. (Photo: AFP)

Park, whose power had been suspended in a parliamentary impeachment vote in December, was formally removed from office on Friday after the court dismissed her from the top post. Park vacated the presidential office on Sunday.

Hwang's office could not immediately confirm the report, and calls to the presidential Blue House weren't answered. Park's Blue House had 10 main presidential advisers on foreign policy, economy and other issues, but one position has been vacant since the arrest of one adviser over the scandal.

After being removed from office, Park has lost her presidential immunity and will likely face a direct investigation over allegations she colluded with a longtime confidante, Choi Soon-sil, to extort money from businesses and allow Choi to meddle in state affairs though she has never held an official post.

Dozens of high-profile figures, including Choi, Samsung heir Lee Jae-yong and top government officials are already facing criminal trials. Park has expressed defiance about the corruption allegations, raising worries about a further deepening of the national divide over her fate.

Three people died and dozens were injured in violent clashes between Park's supporters and police following the court's ruling.

“Although it will take time, I believe the truth will certainly come out”, Park said in a statement read by her former presidential spokesman, as hundreds of her supporters chanted her name and waved national flags.

She had previously apologized for putting trust in her jailed friend, Choi Soon-sil, but denied any legal wrongdoing. South Korea's main opposition party has called Park's statement "shocking" and "very regrettable" because she did not express remorse.

Park's departure from the Blue House came a day after tens of thousands of opponents and supporters divided the streets of downtown Seoul with massive rallies, reflecting the deep split in the nation.

South Korea now has to elect a president by early May. Opinion polls show the Democratic Party's Moon Jae-in, who lost to Park in 2012, as the favourite to become the country's next leader.