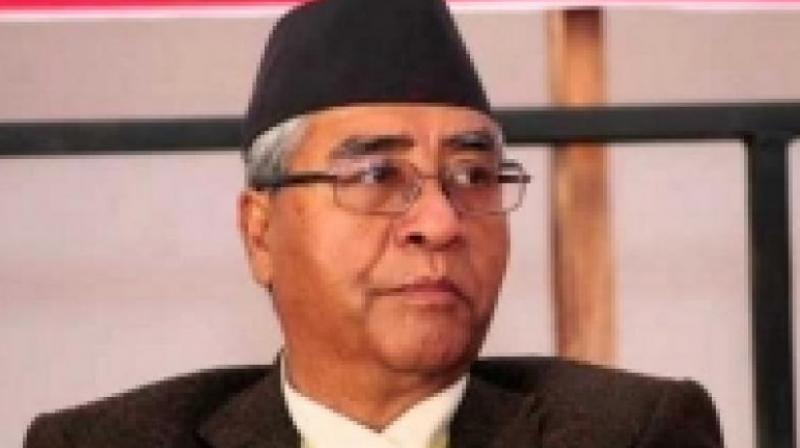 A five-member Constitutional Bench of the Supreme Court led by Chief Justice Cholendra Shumsher Rana issued the verdict stating that President Bhandari's decision to dissolve the lower house upon a recommendation of Prime Minister K P Sharma Oli was an unconstitutional act, delivering a major blow to the veteran Communist leader who was preparing for snap polls.

The bench issued a mandamus to appoint Deuba as the Prime Minister by Tuesday.

The court also ordered summoning a new session of the House of Representatives at 5 PM on July 18.

Chief Justice Rana also said that the bench has concluded that party whip does not apply when lawmakers take part in the voting to elect new Prime Minister as per Article 76(5) of the Constitution.

President Bhandari had dissolved the 275-member lower house for the second time in five months on May 22 at the recommendation of Prime Minister Oli and announced snap elections on November 12 and November 19.

Last week, the Election Commission had announced the schedule for mid-term elections despite the uncertainty over polls.

"The Supreme Court has done a commendable job. This has saved the political system that is in place. Since the court has directly asked to appoint Deuba as new prime minister, we have no role to play now," he said.

Under Madhav Nepal's leadership, 23 lawmakers of UML had put their signature in favour of Deuba's claim to the prime ministership.

Madhav Nepal also said that Parliament will now take all the decisions. "Parliament has been reinstated. We will now go to Parliament. All the decisions will be taken from Parliament now," he said. "The court's verdict has also raised moral questions on Oli's actions."

Meanwhile, Prime Minister Oli's supporters, including youths and students affiliated to the ruling CPN-UML, took to streets here to protest against the apex court's verdict against the 69-year-old Communist leader.

Cadres of the National Youth Force affiliated to CPN -UML gathered in Maitighar Mandal near the court premises chanting slogans against the verdict.

"We are not bound to accept all the orders passed by the Supreme Court, beware!" read a banner carried by the demonstrators.

Oli's confidant and former minister Mahesh Basnet was also present at the protests, according to media reports.

As many as 30 petitions were filed against the dissolution of the House by the President. One of the petitions was filed by the Opposition parties' alliance with the signature of 146 lawmakers demanding reinstatement of the lower house of Parliament and appointment of Deuba as the prime minister.

Nepal plunged into a political crisis on December 20 last year after President Bhandari dissolved the House and announced fresh elections on April 30 and May 10 at the recommendation of Prime Minister Oli, amidst a tussle for power within the ruling Nepal Communist Party (NCP).

On February 23, the apex court reinstated the dissolved House of Representatives, in a setback to embattled Prime Minister Oli who was preparing for snap polls.

Oli, who is currently heading a minority government after losing a trust vote in the House, has repeatedly defended his move to dissolve the House of Representatives, saying some leaders of his party were attempting to form a "parallel government".