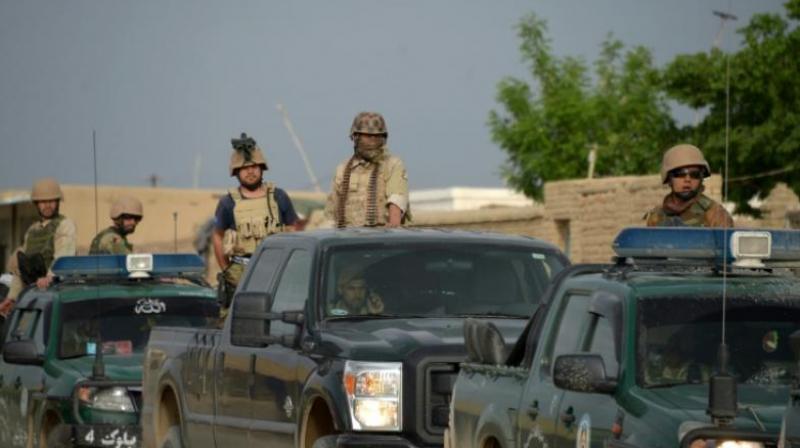 The Taliban have claimed responsibility for a blistering attack on a government compound in Afghanistan's central province of Ghazni that killed at least 15 members of the security forces. (Representational image: AFP)

Kabul: The Taliban have claimed responsibility for a blistering attack on a government compound in Afghanistan's central province of Ghazni that killed at least 15 members of the security forces.

The insurgent group's spokesman, Zabihullah Mujahid, told The Associated Press over the telephone that after the attack in the Khuja Omari district, not far from the provincial capital also called Ghazni, all security posts in the district were under Taliban control.

His claim could not be independently confirmed and the government did not immediately respond to it.

Mujahid gave a higher casualty figure among the Afghan forces, which the Taliban often do, and a significantly lower death toll among the insurgent attackers.

A lawmaker in the Afghan Parliament said three top district officials and several security forces were killed in a Taliban attack on a government compound in Ghazni province.

Rahmani said the Taliban planted mines to stop reinforcements from coming to help the government forces fend off the attack.

Rahmani said the district is very close to the provincial capital, Ghazni city.

Ramazan Ali Moseni, a deputy chief police in Ghazni province, said 25 Taliban were killed in the gunbattle that started Wednesday night and lasted into the morning.

Moseni said the Taliban fighters stormed the secure compound in Khuja Omari district and the security forces who were there were joined later by government reinforcements.

He said eight government security forces were wounded in the fighting.