Singapore bans use of Boeing 737 MAX in its airspace

Singapore's aviation regulator banned the use of Boeing 737 MAX aircraft in the country's airspace after a deadly Ethiopia plane crash. 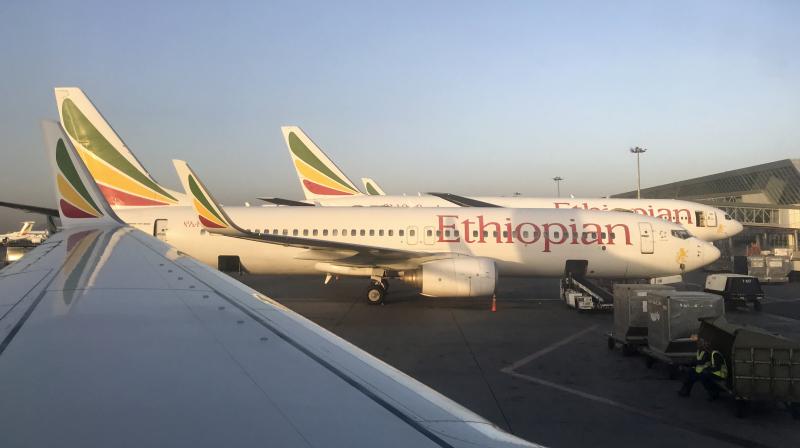 It comes as airlines around the world remove the model from their schedules. (Photo:AP)

Singapore: Singapore's aviation regulator on Tuesday banned the use of Boeing 737 MAX aircraft in the country's airspace following a deadly Ethiopia plane crash at the weekend.

The Ethiopian Airlines Boeing 737 MAX 8 went down minutes into a flight to Nairobi Sunday, killing all 157 people on board, months after a Lion Air jet of the same model crashed in Indonesia killing 189. The Civil Aviation Authority of Singapore (CAAS) said in a statement it was "temporarily suspending operation of all variants of the Boeing 737 MAX aircraft into and out of Singapore in light of two fatal accidents involving Boeing 737 MAX aircraft in less than five months."

It comes as airlines around the world remove the model from their schedules, while US regulators have ordered Boeing to make urgent improvements to the jet. Singapore's suspension will take effect from 2:00 pm (0600 GMT) Tuesday, the authority said.

It said that SilkAir, the regional wing of Singapore Airlines, operates six Boeing 737 MAX aircraft. Other airlines operating the planes to Singapore are China Southern Airlines, Garuda Indonesia, Shandong Airlines and Thai Lion Air. The regulator said it was working with the city-state's Changi Airport -- a major global hub -- and affected airlines to minimise any impact on passengers.

"During the temporary suspension, CAAS will gather more information and review the safety risk associated with the continued operation of the Boeing 737 MAX aircraft into and out of Singapore," it said.

"The suspension will be reviewed as relevant safety information becomes available."