The test came weeks after N Korea fired 2 intercontinental ballistic missiles (ICBMs) that appeared to bring much of mainland US into range. 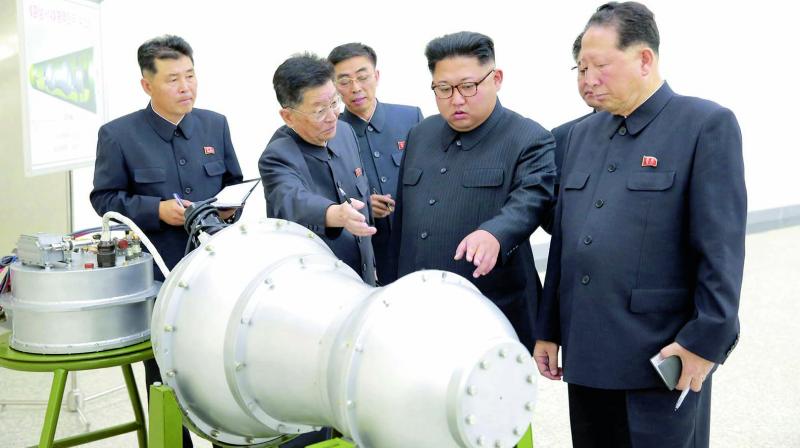 Seoul: North Korea warned on Monday it would inflict "the greatest pain and suffering" on the United States if Washington persists in pushing for harsher UN sanctions following Pyongyang's sixth nuclear test.

The September 3 detonation was the country's largest and prompted global outrage, with the UN Security Council set to discuss a new draft resolution presented by Washington that would be the toughest-ever imposed against the isolated regime.

The US is calling for an oil embargo on Pyongyang, an assets freeze on leader Kim Jong-Un, but also an end to textile exports and to payments made to North Korean guest workers.

Washington wants the Security Council to vote on Monday to impose the sanctions, despite resistance from Beijing and Moscow to the new measures.

In a statement published by the official KCNA news agency, North Korea's foreign ministry warned Washington that if it did "rig up the illegal and unlawful 'resolution' on harsher sanctions, the DPRK shall make absolutely sure that the US pays due price".

"The forthcoming measures to be taken by the DPRK will cause the US the greatest pain and suffering it had ever gone through in its entire history," the ministry said, using the abbreviation for North Korea's formal name.

"The world will witness how the DPRK tames the U.S. gangsters by taking (a) series of action tougher than they have ever envisaged."

The test, which the North said was a hydrogen bomb that could be fitted onto a rocket, came weeks after Pyongyang fired two intercontinental ballistic missiles (ICBMs) that appeared to bring much of the mainland US into range.

The North says it needs nuclear arms to protect itself, but the US has accused the country of "begging for war".