Will not easily give in to India's demand to deport Zakir Naik: Malaysian PM

Mahathir said the cleric would not be handed over to Indian authorities as he had been granted Malaysian permanent resident status. 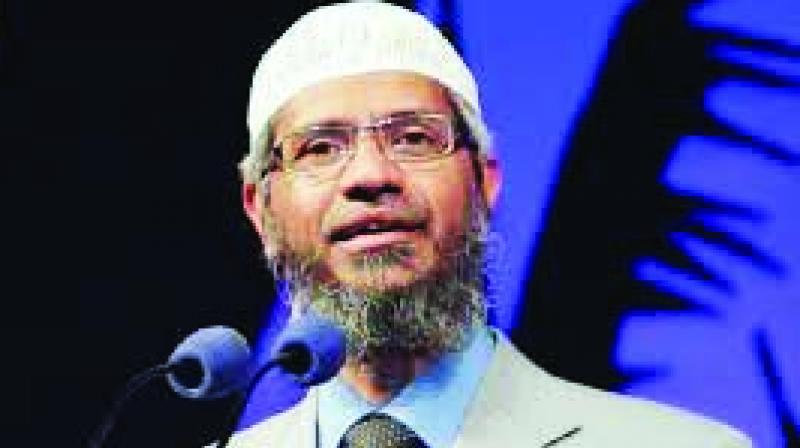 Zakir has accused the media in India of subjecting him to a campaign of vilification over the past two years. (Photo: FIle)

Kuala Lumpur: Malaysian Prime Minister Mahathir Mohamad on Tuesday said his government would not give in easily to India's demand to deport the controversial Muslim preacher Zakir Naik for alleged terror activities and money laundering, according to a media report.

Three days after meeting Naik, wanted in India for alleged terror activities and money laundering, the Malaysian prime minister said his government would always ensure it looked into all factors before responding to any demand, the New Straits Times reported.

"We do not easily follow the demands of others. We must look at all factors before we respond," Mahathir said in his first public remarks since on Naik since he met the firebrand cleric on Saturday.

"Otherwise, someone will become a victim," the Malaysian Prime Minister said.

Responding to questions on Naik, who is has permanent resident status in Malaysia, and India's request to have him extradited, Mahathir said his government would always ensure it looked into all factors before responding to any demand.

Mahathir last week said the cleric would not be handed over to Indian authorities as he had been granted Malaysian permanent resident status.

The prime minister said Zakir, who left India in 2016, would be allowed to stay in the country as long as he was not creating any problem.

However, the decision did not sit well with several groups, who insisted the government return Zakir to India following his alleged tendencies to make racial and religiously insensitive statements, the report said.

India had made a formal extradition request to Malaysia for Naik's deportation after accusing him of inciting youngsters to commit terror activities through his hate speeches.

PPBM strategist Rais Hussin said he personally could see no wrong in Naik's activities and speeches.

Deporting him would be akin to deporting Uighur Muslims to China, he said, referring to China pressing Malaysia for the extradition of 11 Uighur men who entered Malaysia illegally last year after their dramatic escape from a jail in Thailand last year.

Zakir has also accused the media in India of subjecting him to a campaign of vilification over the past two years. He has also pledged to expose fake news about him soon.

Naik is being probed under terror and money laundering charges by the National Investigation Agency (NIA).

The NIA had first registered a case against Naik under anti-terror laws in 2016 for allegedly promoting enmity between different religious groups.

Naik is also under investigation for issuing alleged hate speeches that inspired a deadly terror attack on a popular cafe in Dhaka, the capital of Bangladesh in 2016.

The US visit to Taiwan: What's all the fuss about?