Malaysian police confirmed that Kim Chol and Kim Jong Nam was the same person, but refused to say how they identified Kim. 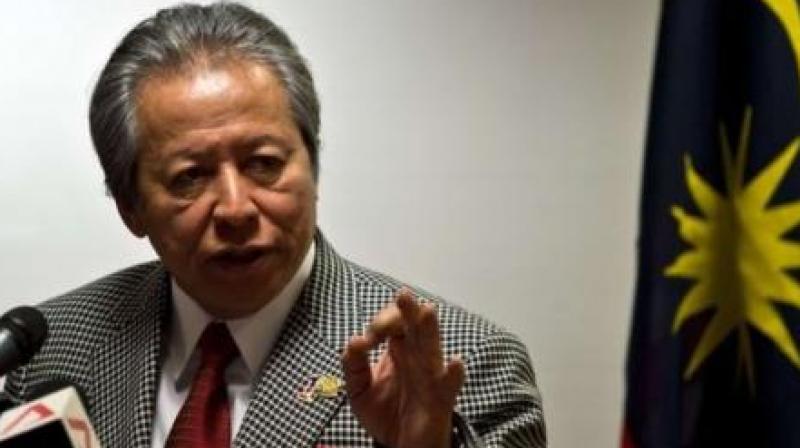 Kuala Lumpur: Malaysia's foreign minister said on Saturday that the government hopes to begin formal talks with North Korea in the "next few days" on solving a diplomatic dispute that has seen the two countries bar each other's citizens from leaving.

The dispute stems from the mysterious poisoning death of the estranged half brother of North Korean leader Kim Jong Un on February 13 at Kuala Lumpur's airport.

Malaysia says Kim Jong Nam died after two women smeared his face with the banned VX nerve agent, but North Korea - which is widely suspected to be behind the attack - rejects the findings.

Relations have steadily deteriorated, with each country expelling the other's ambassador. On Tuesday, North Korea blocked all Malaysians from leaving the country until a "fair settlement" of the case was reached. Malaysia then barred North Koreans from exiting its soil.

Malaysian Foreign Minister Anifah Aman said on Saturday that communication was ongoing with the North Korean Embassy in Kuala Lumpur and that both sides were ready for formal talks. He said many countries offered to help, but "we don't need a third party's help for the time being and hopefully will never need them."

"We are ready ... they (also) want to start talking. We hope (to begin) in the next few days," Anifah told reporters after meeting with the families of the nine Malaysians still stranded in North Korea. "The safety of our people is our paramount concern and we are doing everything possible."

He said the nine Malaysians - three embassy workers and their family members - were safe and allowed to move freely. About 1,000 North Koreans are believed to be in Malaysia.

Anifah said the return of Kim's body would be part of the talks' agenda. "We don't want to keep the body more than what is necessary," he said. "Eventually we have to surrender the body to someone, whether to the government or next-of-kin."

North Korea has demanded the body back from Day One and objected to Malaysia's autopsy. Pyongyang also has refused to acknowledge that Kim Jong Nam was the victim and has referred to him as Kim Chol, the name on the passport Kim was carrying when he was attacked in a crowded airport terminal.

On Friday, Malaysian police confirmed that Kim Chol and Kim Jong Nam was the same person, but refused to say how they identified Kim. Malaysian authorities have asked for Kim's immediate family to provide DNA samples to identify the body, but nobody has come forward. Malaysia's prime minister has said they may be too scared.

Although Malaysia has never directly accused North Korea of being behind the attack, many speculate that Pyongyang must have orchestrated it. Experts say the VX nerve agent used to kill Kim was almost certainly produced in a sophisticated state weapons laboratory, and North Korea is widely believed to possess large quantities of chemical weapons.

The attack was caught on surveillance video that shows two women going up to Kim and apparently smearing something on his face. He was dead within 20 minutes, authorities say. Two women - one Indonesian, one Vietnamese - have been charged with murder but say they were duped into thinking they were playing a harmless prank.