If Park Geun-hye is unseated, the country must hold a presidential election within 60 days. 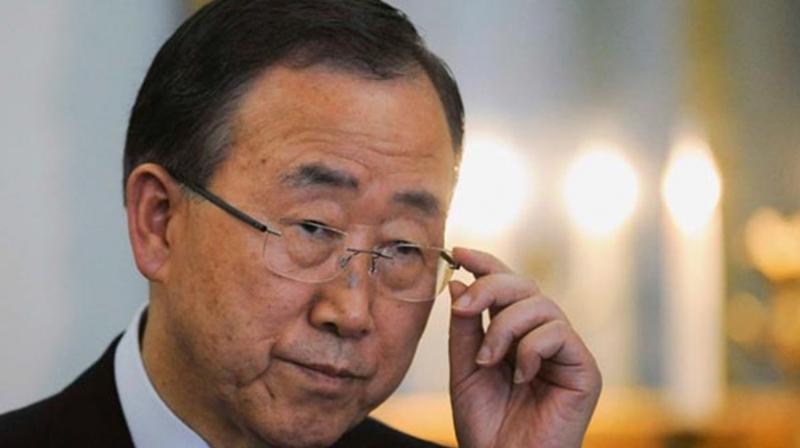 Her potential successors include the outgoing Secretary General of the United Nations, an ambitious mayor who has been compared to both Donald Trump and Bernie Sanders and the man who conceded the presidential race to Park four years ago.

Park was suspended as president following a parliamentary impeachment vote Friday. She will be formally removed from office if six of the Constitutional Court's nine justices support her impeachment in a review that could take up to six months.

The chances of the court reinstating Park are considered low, and if she's unseated, the country must hold a presidential election within 60 days.

A look at the contenders:

A career diplomat, Ban has been seen as a future South Korean president ever since the UN made him secretary general in October 2006.

He could be the best hope for conservatives to win back the Blue House – South Korea's presidential office – after Park's collapse complicated politics for her party.

Ban will step down as UN Chief at the end of the year after two five-year terms.

Questioned on the matter countless times, Ban has never officially declared an ambition to run for South Korean president. But he has never denied interest either.

In a visit to South Korea in May, Ban told reporters that he would "think hard about what to do as a citizen" after he returns home on January 1. Local media saw this as a clear hint at a presidential bid.

If he does make a run for the Blue House, Ban could represent Park's ailing Saenuri Party, which is likely to regroup soon around anti-Park reformists. Or he could be the face of a new party created by defectors from Saenuri and the liberal opposition.

Ban's supporters point to his credibility as an internationally known and respected diplomat and say he would show more imagination and skill in dealing with nuclear-armed North Korea than the rigid Park. His detractors point to his lack of domestic experience and argue that he did an unremarkable job in a high-profile post.

Lee, the outspoken Mayor of Seongnam city and member of the main opposition Democratic Party, entered the year as a fringe presidential contender. But he has enjoyed a meteoric rise in popularity in recent months amid rage over the Park scandal.

Lee, a factory worker and human rights lawyer before entering politics, brands himself as an anti-establishment figure and has a habit of firing off diatribes on Facebook and Twitter. He doesn't mind comparisons to Trump, although he says he would prefer to be a "successful Bernie Sanders."

Lee calls for stronger policies to reduce the widening gap between rich and poor and help blue-collar families. He also endorses breaking up the "chaebol" - the large, family-owned conglomerates that dominate the country's economy. They have been long accused of hurting competition and breeding a culture of corruption through bribery of politicians for favours. The message has won him many fans in recent weeks.

His supporters portray him as a passionate reformist; critics see a dangerous populist riding a tide of public anger.

"We have been ruled by a small class of the privileged...let's make with our own hands a democratic republic where everybody is treated equally," Lee told a cheering crowd during one of the massive rallies calling for the removal of Park, who prosecutors accuse of colluding with a confidante to extort money and favours.

While Ban and Lee have been hogging headlines, opinion polls show it's actually Moon, the liberal runner-up to Park in the 2012 election, who's the favourite.

A recent survey measured Moon's support at 23.5%, ahead of Ban's 18.2%. The Democratic Party's presidential primaries may become a showdown between Moon and Lee, who had 16.6% support.

While Moon would be a safe choice, there are questions about whether he can win; in the presidential election four years ago, his 48% of the vote fell short of Park's 51.6%.

Conservatives over the years have attacked Moon over his links with the Roh government, which pursued rapprochement policies with North Korea that led to big trade and cultural exchanges between the rivals. Such policies were criticized after Pyongyang expanded its nuclear weapons and missiles programs; subsequent conservative governments scrapped the effort.

Moon continues to argue that Seoul should put dialogue over sanctions in persuading Pyongyang to give up its nuclear ambitions.

- Ahn Cheol-soo, a businessman-turned-politician from the country's second-largest opposition party, calls for economic reforms aimed at creating more jobs and also preaches for more flexibility in dealing with North Korea.

- Park Won-soon, the mayor of Seoul and a harsh Park critic, could turn the Democratic Party primaries into a three-way race.