Hasina accuses Myanmar of being hesitant in taking back Rohingyas

PM Hasina also expressed concerns about security factors involving Rohingyas as many were found to be engaged in criminal activities. 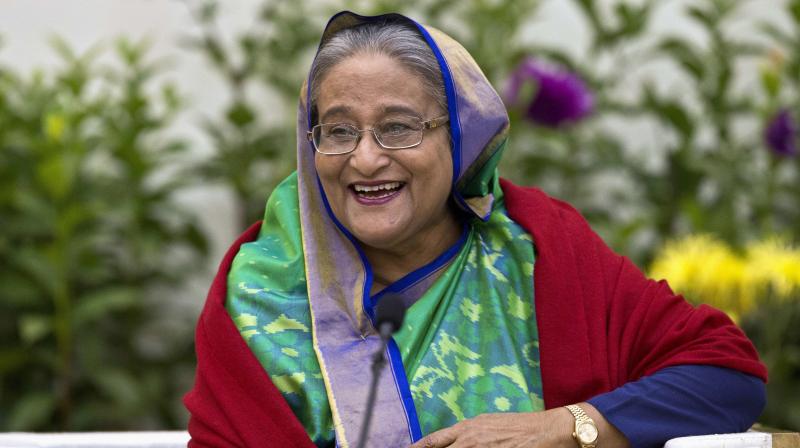 ‘The problem lies with Myanmar as they don't want to take back the Rohingyas by any means though Naypyidaw signed an agreement with Bangladesh promising to repatriate them,’ Dhaka Tribune quoted Hasina as saying on Sunday. (Photo: AP)

Dhaka: Bangladesh Prime Minister Sheikh Hasina has reportedly accused Myanmar of being hesitant in repatriating over a million Rohingya who fled ongoing sectarian conflict in the northern Rakhine State.

"The problem lies with Myanmar as they don't want to take back the Rohingyas by any means though Naypyidaw signed an agreement with Bangladesh promising to repatriate them," Dhaka Tribune quoted Hasina as saying on Sunday.

The Prime Minister, at the same time, also feared that some international aid and voluntary agencies too were unwilling to resolve the crisis saying, "They never want the refugees to return to their home."

She further noted that Dhaka had separately held talks with India, China, and Japan, over their stance on the Rohingya crisis. All the three countries had acknowledged Rohingyas as Myanmar nationals and agreed that they should return home, Hasina added.

The Prime Minister also expressed her concerns about the security factors involving the Rohingyas as many of them were found to be getting engaged in criminal activities, forcing the authorities to ask armed forces and law enforcement agencies to intensify their vigil.

"We asked them to raise a security cluster around them (Rohingya camps) and enforce a constant patrol," she was quoted as saying.

Myanmar stripped the Muslim-majority Rohingya of their citizenship in 1982, rendering them stateless.

At present, nearly one million Rohingyas are forced to take shelter in Bangladesh after Myanmar's army, responding to attacks by an armed group, launched a brutal campaign against the Muslim minorities in the Rakhine state in 2017.