Bangladesh is hopeful over the assurance that was given by India over the contentious dispute on the water-sharing issue of Teesta river. 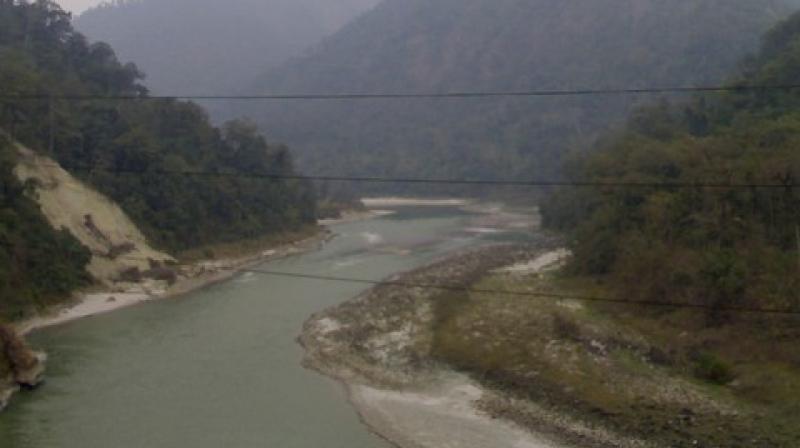 The Foreign Minister, however, did not confirm any specific date for the Teesta agreement.(Photo:ANI)

Dhaka:  Bangladesh is hopeful over the assurance that was given by India over the contentious dispute on the water-sharing issue of Teesta river, flowing on the India-Bangladesh border.

The Dhaka Tribune quoted Foreign Minister AK Abdul Momen, while briefing the media at the VIP lounge of the Hazrat Shahjalal International Airport upon his return from India on Saturday, as saying, “I am always hopeful. India and Bangladesh have solved many big problems. Based on this hope we have developed a sense of confidence and sense of mutual trust. I believe in that. And, they have assured us and I very much believe in that.”

“Not only Teesta; we have many rivers. Why are we only talking about this river. 54 (common) rivers are in our discussions. Slowly, we’ll solve (issues related to) all of them. In terms of solution, we have advanced a lot. Time is passing, but it will be done. There is no cause for worry,” he added.

The Foreign Minister, however, did not confirm any specific date for the Teesta agreement, stating that Bangladesh is only hopeful that the two neighbouring countries would successfully sign the deal very soon.

“I cannot give any date. We are only hoping,” Momen said.

“We discussed all the common rivers, including Teesta, and we are hopeful,” he told another questioner,” the Foreign Minister added.

Previously, the Teesta water agreement was slated to be inked between the two countries on September 6, 2011, during the visit of former Indian Prime Minister Manmohan Singh’s visit to Dhaka. But the proposed deal was called off after repeated objections by West Bengal Chief Minister Mamata Banerjee.

The water-sharing issue was once again discussed during Prime Minister Narendra Modi’s visit to Dhaka in June 2015. Prime Minister Modi had assured Shiekh Hasina of Bangladesh that the waters of the River would be shared while looking forward to achieving a quick resolution on the issue.

India and Bangladesh share 54 common streams with the Teesta being a major one and the water sharing dispute between the two neighbours is not something new.

The Teesta River is a 309 km long river flowing through Sikkim.

It carves a way for itself through the verdant Himalayas in temperate and tropical river valleys and forms the border between Sikkim and West Bengal.

The flow of the river is crucial for Bangladesh from December to March for that they require 50 per cent of the river's water supply.

The dispute would take back to the time when Independent India was formed which reduced most of its northern rivers into 'shared water bodies.'