Taha Siddiqui, known for criticising his country’s military establishment, said he had narrowly escaped being kidnapped by armed men. 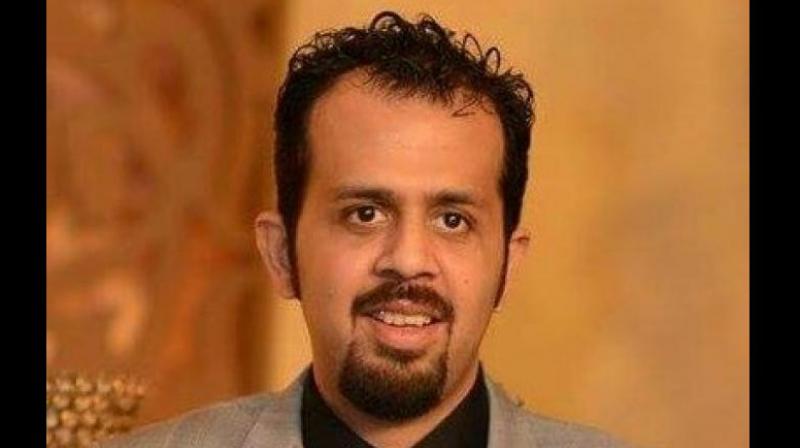 Taha Siddiqui, who reports for France 24 and is the Pakistan bureau chief of Indian television channel WION, said the attempted abduction took place while he was being driven by taxi to the airport serving the capital Islamabad and the neighbouring, larger garrison city of Rawalpindi. (Photo: Twitter | @TahaSSiddiqui)

Islamabad: A Pakistani journalist, known for criticising his country’s military establishment, said on Wednesday he had narrowly escaped being kidnapped by armed men, in an incident that came months after he complained of being harassed by the security services.

Taha Siddiqui, who reports for France 24 and is the Pakistan bureau chief of Indian television channel WION, said the attempted abduction took place while he was being driven by taxi to the airport serving the capital Islamabad and the neighbouring, larger garrison city of Rawalpindi.

“I was on my way to airport today at 8:20 am when 10-12 armed men stopped my cab & forcibly tried to abduct me. I managed to escape. Safe and with police now,” Siddiqui tweeted from a friend’s Twitter account early in the morning.

“Looking for support in any way possible #StopEnforcedDisappearances,” he added in the same tweet.

Taha Siddiqui, a Pakistani journalist, was beaten and threatened, and only escaped by running through oncoming traffic. pic.twitter.com/odsasHDa85

Rights groups have denounced the kidnappings of several social media activists over the past year as attempts to intimidate and silence critics of the Pakistan’s security establishment.

Last year, five Pakistani bloggers went missing for several weeks before four of them were released. All four fled abroad and two afterwards told media that they were tortured by a state intelligence agency during their disappearance.

The military has staunchly denied playing a role in any enforced disappearances, as has the civilian government. In the past, militants have also targeted journalists.

Siddiqui spoke to Reuters from a police station where he was filing a report on the incident, and described how his taxi was stopped on the highway when another vehicle swerved, and braked suddenly in front of it.

About a dozen men armed with rifles and revolvers pulled him out of the cab, beat him and “threatened to kill” him.

“They threw me in the back of the vehicle in which I had been travelling, but the door on the other side was open,” Siddiqui said.

“I jumped out and ran and was able to get into a taxi that was nearby, whose driver then floored it.”

When the taxi stopped, Siddiqui hid in a ditch for a while, he added.

In 2017, the Committee to Protect Journalists said, “Pakistan’s Federal Investigation Agency should stop harassing Taha Siddiqui,” referring to the civilian agency that began a crackdown on online criticism of the powerful military in 2017.

Siddiqui, in 2017, filed a court petition to stop the agency from harassing him.

Saroop Ijaz, a lawyer who works with Human Rights Watch, said Siddiqui’s kidnap attempt was worrying development and added that “violence and the threat of it are not legitimate means to deal with dissenting voices” in the country.