Police informed that the bus, en route to Kathmandu from Malangawa in Sarlahi District, plunged into river around 3:30 am. 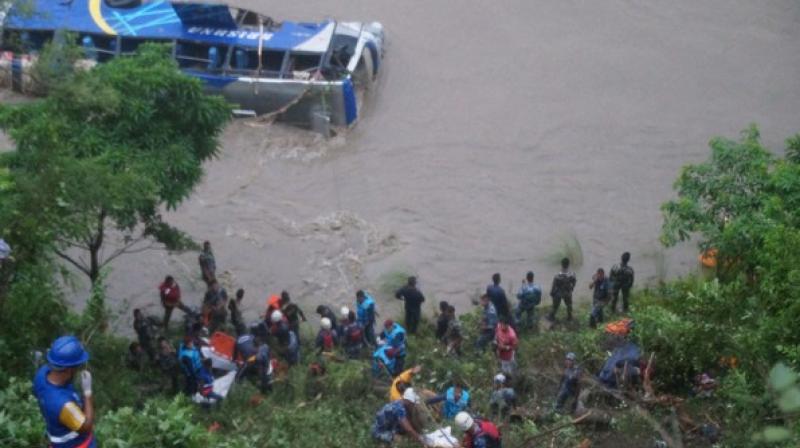 A search and rescue operation is underway but authorities are facing problems as the place is below the road. (Photo: ANI)

Kathmandu: At least three people were killed and 23 others went missing after a bus they were travelling in plunged into Trishuli River in Dhading district of central Nepal in the early hours of Friday.

The police informed that the bus, en route to Kathmandu from Malangawa in Sarlahi District, plunged into the river around 3:30 a.m. (local time) and injured around 16 people.

A search and rescue operation is underway but authorities are facing problems as the place is below the road.

The police have identified Raj Narayan Rauniyar, Shova Rauniyar, and Saurabh Rauniyar as deceased who are said to be residents of Brahmapuri Rural Municipality-4 in Sarlahi district.

The injured have been rescued and rushed to various hospitals for treatment.