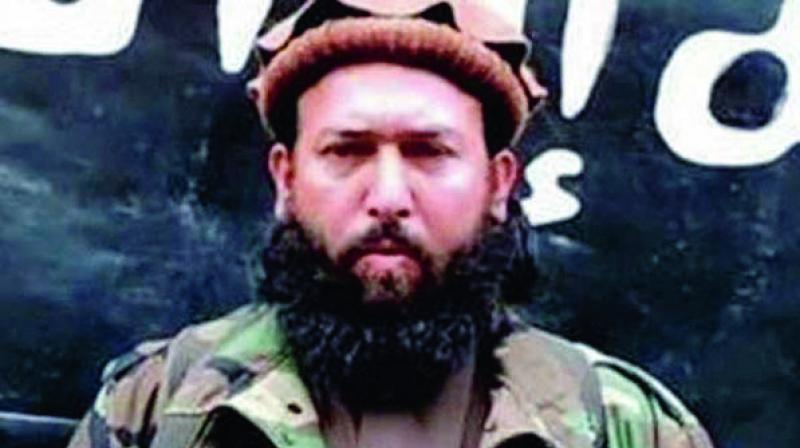 Hafiz Saeed, the former ISIS chief in Afghanistan, was killed by US in Nangarhar province in July last year.

Kabul: The head of ISIS in Afghanistan — described as the mastermind behind high-profile attacks including an assault on a military hospital that claimed at least 50 lives — has been killed, US and Afghan officials said.

Abdul Hasib, whose group is affiliated with ISIS in Iraq and Syria, was killed last month in a targeted raid by special forces in the eastern province of Nangarhar, the presidential palace in Kabul said in a statement.

The second leader of the jihadist group to be killed by US and Afghan forces in less than nine months, his death came days after Washington dropped its largest non-nuclear bomb on ISIS hideouts in the same area.

Analysts described him as “obscure”, but authorities ascribed responsibility to him for assaults in Kabul, including the attack on a military hospital in March when assailants stabbed bedridden patients and threw grenades into crowded wards.

“He had ordered the attack” on the hospital, the presidential statement said, adding that Kabul would fight ISIS and other extremist groups “until they are annihilated”.

Nato commander in Afghanistan General John Nicholson confirmed Hasib’s killing and warned that “any ISIS member that comes to Afghanistan will meet the same fate”.

“This is the second ISIS-K emir we have killed in nine months, along with dozens of their leaders and hundreds of their fighters,” he added, using the acronym denoting the group’s local affiliate, Islamic State-Khorasan Province.

The first, Hafiz Saeed, was killed in a US airstrike also in Nangarhar province in July last year.

Mr Salvin added that “more than 500” ISIS fighters have been killed since an offensive began against them in March, though he could not immediately provide an estimate on how many remain.