India asked to withdraw its High Commissioner to Pak

The decision was taken during the National Security Committee meeting held here, a statement by Pakistan's Ministry of Foreign Affairs said. 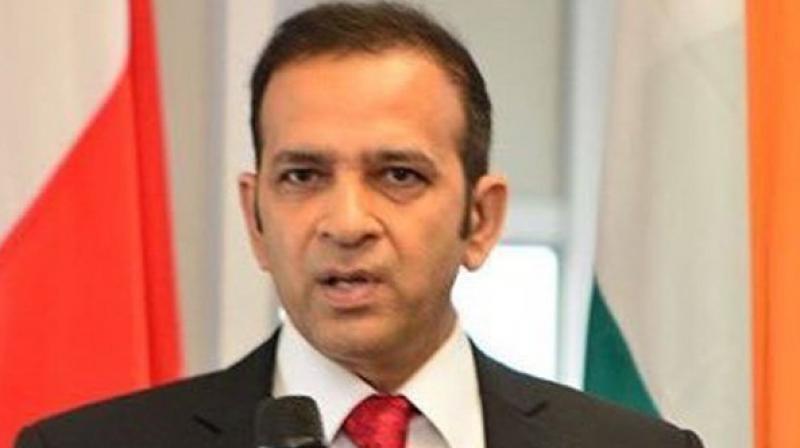 Islamabad: Pakistan on Wednesday asked the Indian government to call back its High Commissioner to Islamabad Ajay Bisaria following the Centre's decision to scrap Article 370 that granted special status to Jammu and Kashmir.

The decision was taken during the National Security Committee meeting held here, a statement by Pakistan's Ministry of Foreign Affairs said.

New Delhi has also been informed that Pakistan would not be sending its high commissioner-designate to India, Moin-ul-Haq. Haq is currently in Pakistan and was expected to officially take charge on August 16.

Earlier, Pakistan media had reported that it was considering calling back its acting high commissioner to New Delhi Syed Haidar Shah for consultations in the light of the Indian government's move on Kashmir.

The Jammu and Kashmir (Reorganisation) Bill, 2019, which strips Jammu and Kashmir's status of a state and converts it into a Union Territory with legislature and carving out Ladakh region as a UT without legislature, was passed in a division pressed by the Opposition with 125 votes in favour and 61 against, and an NCP member abstaining.