A ruling party spokesperson had said that Sidhu accepted the invitation. 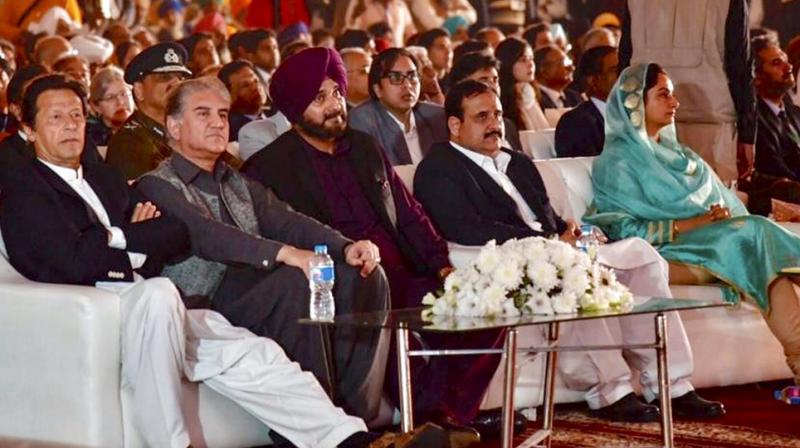 Islamabad: Pakistan said on Thursday that it has issued a visa to cricketer-turned politician Navjot Singh Sidhu to attend the inauguration of the much-awaited Kartarpur Corridor on November 9.

The Pakistan government invited Sidhu - who also attended the groundbreaking ceremony of the Kartarpur Corridor - to attend Saturday's inauguration.

A ruling party spokesperson had said that Sidhu accepted the invitation, Dawn reported.

Sidhu, a Congress lawmaker and former Punjab minister, has sought permission from the External Affairs Ministry to attend the inaugural ceremony of the Kartarpur Corridor in Pakistan on November 9.

He had come under fire from the opposition after he hugged Pakistan Army chief Gen Qamar Javed Bajwa during the swearing-in ceremony of Prime Minister Imran Khan in August last year.

Sidhu had then claimed that Gen Bajwa had told him about "making efforts to open the Kartarpur Corridor".

The passport waiver for Kartarpur pilgrims would extend up to one year as a special gesture on the 550th birth anniversary of Guru Nanak Dev, Faisal was quoted as saying by Geo TV.

Faisal said Pakistan hoped a massive inflow of Sikh pilgrims from all over the world during the ceremony.

He said the promotion of Hindu and Buddhist sacred sites situated inside Pakistan was also under consideration as the country was a cradle of ancient civilizations for centuries.

Rejecting the reports linking Pakistan's efforts on Kartarpur Corridor to encouraging Khalistan movement, Faisal said, "There was no such negativity in our policy."

The Kartarpur Corridor will connect the Dera Baba Nanak shrine in India's Punjab with Darbar Sahib at Kartarpur, just 4 kilometres from the International Border, located at Narowal district of Pakistan's Punjab province.

Notwithstanding a chill in bilateral ties over Kashmir, Pakistan and India after tough negotiations signed a landmark agreement last week to operationalise the corridor to allow Indian pilgrims to visit the holy Darbar Sahib in Pakistan.

The two countries decided that 5,000 pilgrims can visit the shrine daily. India and Pakistan have also decided that the corridor will be operational through the year and seven days a week and that pilgrims, except kids and elderly persons, will have a choice to visit it as individuals or in groups.