N Korea celebrates nuclear test, says 'No-one can stop us on our road to future' 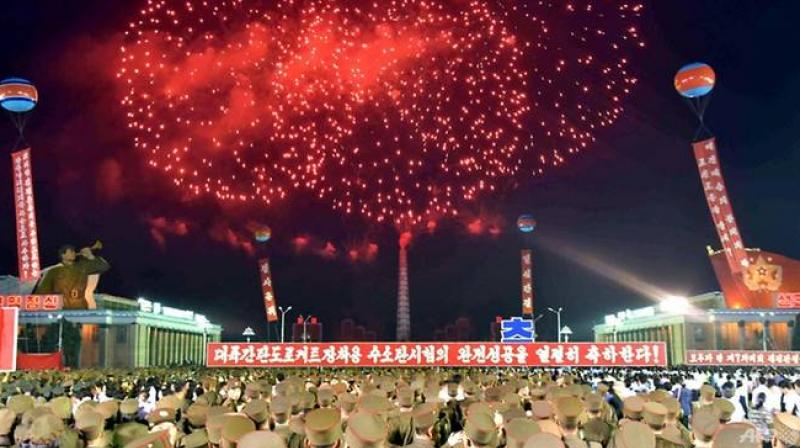 Pyongyang: North Korea held a mass celebration for the scientists involved in carrying out its largest nuclear blast to date, with fireworks and a mass rally in Pyongyang.

Citizens of the capital lined the streets Wednesday to wave pink and purple pom-poms and cheer a convoy of buses carrying the specialists into the city, and toss confetti over them as they walked into Kim Il-Sung Square.

"We offer the greatest honour to Comrade Kim Jong-Un, the Supreme Leader who brought us the greatest achievement in the history of the Korean people," read one banner in the plaza, where tens of thousands of people were gathered. 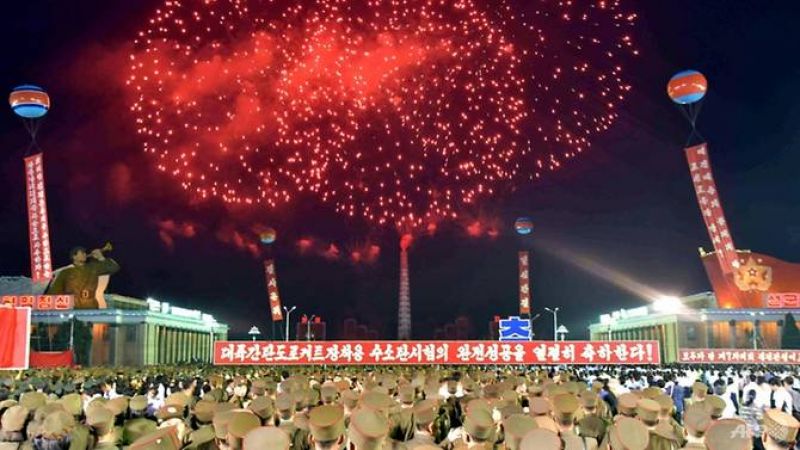 Another, with a picture of a missile on a caterpillar-tracked transporter, proclaimed: "No-one can stop us on our road to the future."

The blast triggered global condemnation and calls by the US, South Korea, Japan and others for stronger United Nations Security Council sanctions against the North.

Speakers at the rally said the North's military "will put an end to the destiny of the gangster-like US imperialists through the most merciless and strongest preemptive strikes if they and the hordes of traitors finally ignite a war", KCNA reported.

Sunday's blast was the North's sixth nuclear detonation and by far its biggest to date.

Hydrogen bombs, or H-bombs, are thermonuclear weapons far more powerful than ordinary fission-based atomic bombs, and use a nuclear blast to generate the intense temperatures required for fusion to take place.

North Korea holds a mass celebration for the scientists involved in carrying out its largest nuclear blast to date pic.twitter.com/crkhzYXyAZ

Foreign governments have yet to confirm whether Sunday's blast was a full two-stage thermonuclear weapon, or an enhanced fission device.

Working out its size depends on factors including the magnitude of the earthquake generated, the depth at which it was buried, and the type of rock surrounding it.

Estimates vary from South Korea's 50 kilotons to Japan's 160. But all of them are far larger than the 15-kiloton US bomb that destroyed Hiroshima in 1945. 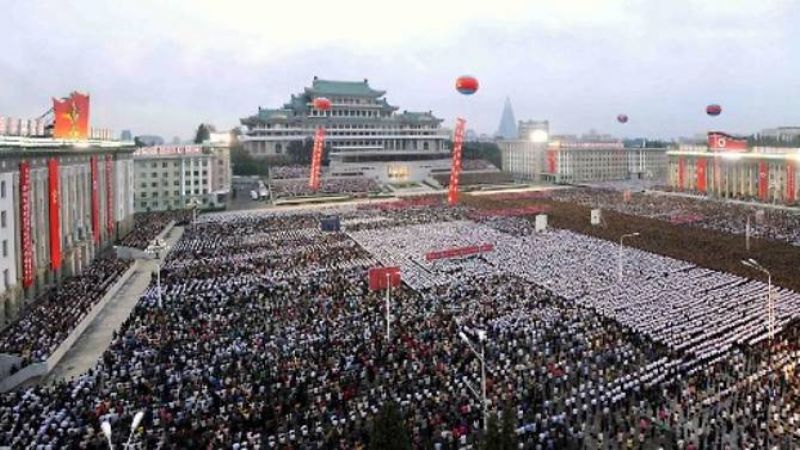 North Korea in July carried out its first two successful tests of an intercontinental ballistic missile (ICBM), apparently bringing much of the US mainland into range.

Seoul and Washington early Thursday deployed four more launchers in the South for the THAAD missile defence system, whose presence has infuriated Beijing.

The move was part of measures to defend the South from the North, Seoul's defence ministry said.