Need to bring our house in order to avoid embarrassment: Pak on terror groups

Foreign minister Khawaja Asif acknowledged existence of LeT and JeM among the internationally banned outfits operating from within Pakistan. 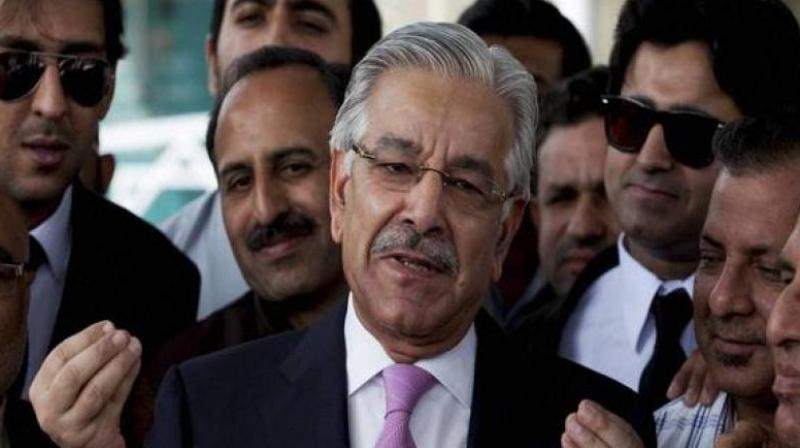 Islamabad: Pakistan's Foreign Minister Khawaja Asif has warned that the country will continue to face "embarrassment" if terror groups like the LeT and JeM are not reined in, according to media reports.

Asif's admission came two days after the BRICS grouping that includes China, for the first time named terror groups like Lashkar-e-Taiba (LeT) and the Jaish-e-Mohammad (JeM) among the internationally banned outfits operating from within Pakistan.

US President Donald Trump had also criticised Pakistan for being a "safe haven" for terror groups like the Haqqani network.

Asif acknowledged the existence of LeT and JeM among the internationally banned outfits operating from within Pakistan.

"We need to tell our friends that we have improved our house. We need to bring our house in order to prevent facing embarrassment on the international level," Asif said while speaking to Geo News on Tuesday, days ahead of his visit to Beijing to meet the Chinese leadership.

According to Asif, the BRICS declaration should not be considered as China's official stance as other countries - Russia, India, Brazil and South Africa - are also a part of the group.

The inclusion of LeT and JeM in the BRICS Declaration at Xiamen is considered a setback to Pakistan, China's "all weather" friend as Beijing had succeeded in blocking efforts to name these Pakistan-based terror outfits in the outcome document at the five-member grouping's summit in Goa in 2016.

But Asif said, "friends should not be tested [every time], particularly in the changed scenario."

"Instead, we should impose some restrictions on the activities of elements like LeT and JeM, so that we can show the global community that we have put our house in order," he said.

"We need to ask ourselves have we acted upon the National Action Plan (NAP) in letter and spirit? Did we take the measures we had decided on, besides Operation Zarb-i-Azb, Raddul Fassad and Khyber 4, during the last three years? Did we show the world that we acted according to the resolve we made in 2014?," Asif asked.

Clarifying the position of the government, he said for the first time, the Foreign Ministry published an advertisement, requesting people to avoid donating hides of sacrificial animals to proscribed organisations, including the the LeT and JeM.

"Despite all these efforts, in some isolated instances, the organisations were allowed [to collect hides] at some places," he acknowledged.

He reiterated that Pakistan must put its affairs in order, given that the "entire world is pointing fingers towards us."

"I am not making a political statement but telling you a fact: we will continue to face such embarrassment till the time we keep our eyes off these [militant] organisations in our country," he was quoted as saying.

Pakistan Army has done its part, said Asif, asking, "But did we do our work; did we implement the NAP, did we complete the process of de-radicalisation, did we bring the activities of banned outfits to a halt or are they active and even participating in politics with changed names?"

The minister rejected the narrative that the Pakistani soil is being used for terrorism, adding that "we will have to convince the world that Pakistan has nothing to do with the terrorism."