Last year, around 235 people were reported dead and missing due to flooding and bad weather in Vietnam. 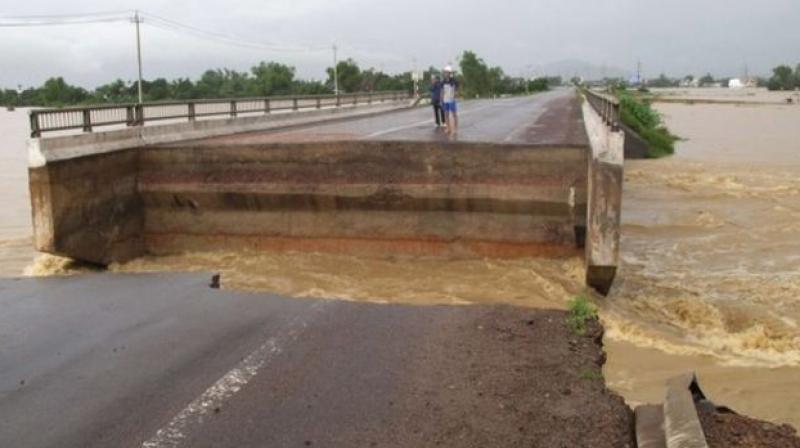 Throughout the northwestern area more than 650 houses were destroyed and damaged, hundreds of hectares of crops lost and roads broken, authorities said. (Photo: AFP)

Since the start of August, flash floods have caused widespread destruction in the provinces of Dien Bien, Yen Bai, Son La, Cao Bang and Lai Chau, the Hanoi-based disaster control office said in a statement.

"Twenty-six people are dead, 15 missing and 27 others were injured," it said. According to witnesses in Yen Bai province, floods tore through villages on Thursday night, carrying with them large boulders from the mountains.

"I told my wife, children and grandchildren to rush out to the side of the hill," resident Pham Xuan Thanh told online newspaper Phap Luat.

"In a very short time, dozens of houses in our village were washed away." State media ran pictures of villages swamped by mud.

Throughout the northwestern area more than 650 houses were destroyed and damaged, hundreds of hectares of crops lost and roads broken, authorities said.

Around 235 people were reported dead and missing last year due to flooding and bad weather in Vietnam. Authorities estimated the losses at $1.7 billion.