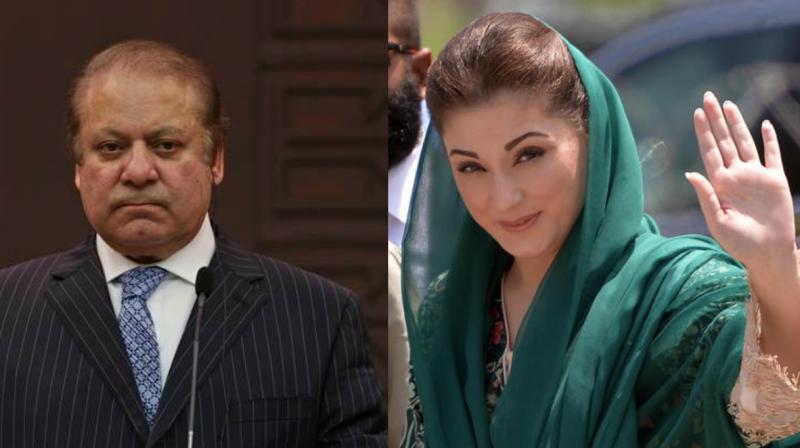 ‘PML-N, Nawaz's family, tried to bribe me during the trial and when I did not cooperate, they threatened,’ Arshad Malik said. (Photo: File)

On Saturday, Maryam, along with two senior PML-N leaders Shehbaz Sharif and Shahid Khaqan Abbasi, had released a video purportedly showing judge Malik claiming that there was a lack of evidence against Sharif in the Al-Azizia Steel Mills reference.

Denying Maryam's allegations in a press statement cited by ARY News on Sunday, the judge said that the video clip is not representative of his conversation with PML-N member Nasir Butt.

"PML-N, Nawaz's family, tried to bribe me during the trial and when I did not cooperate, they threatened," Malik said.

"If I had to succumb to pressure or threats, I would not acquit him in one case and convict him in the other," he stressed.

In the video, the judge is seen purportedly speaking to Butt and claiming that he was coerced to hand down the prison sentence to Sharif despite there being no proof of corruption against the deposed premier.

On his part, Malik admitted that he knew Butt and his brother and said they were old acquaintances.

He said that Sharif's party was trying to defame him and termed the video was "fake and fallacious", Geo News reported.

"The video shown during the press conference is fake and based on lies and assumptions," Malik said.

The judge asked the authorities concerned to take legal notice of the matter and sought stern action against those involved in it.

Shortly after the press release, Special Assistant to the Prime Minister on Information and Broadcasting, Firdous Ashiq Awan, said that the government has decided to conduct a forensic audit of the video.