The ministry said it is not a response to Indian anger over claims of Pak’s failure to rein militant groups operating in the country. 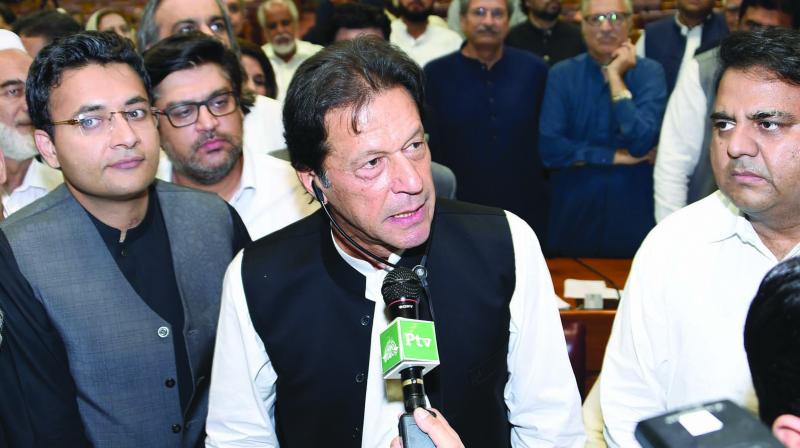 Pakistan intensified its crackdown against Islamist militants on Thursday, with the government announcing it had taken control of 182 religious schools and detained more than 100 people as part of its push against banned groups. (Photo: File)

Islamabad: Pakistan intensified its crackdown against Islamist militants on Thursday, with the government announcing it had taken control of 182 religious schools and detained more than 100 people as part of its push against banned groups.

The interior ministry said it was part of a long-planned drive, not a response to Indian anger over what New Delhi calls Islamabad’s failure to rein in militant groups operating on Pakistani soil.

Pakistan is facing pressure from global powers to act against groups carrying out attacks in India, including Jaish-e-Mohammed (JeM), which claimed responsibility for the Feb 14 attack that killed at least 40 Indian paramilitary police.

Provincial governments have “taken in their control management and administration of 182 seminaries (madaris)”, Pakistan’s interior ministry said in a statement, referring to religious schools.

“Law enforcement agencies have taken 121 people under preventive detention as of today,” the ministry added.

What to do with madrasas is a thorny issue in Pakistan, a deeply conservative Muslim nation where religious schools are often blamed for the radicalisation of youngsters but are the only education available to millions of poor children.

Many banned groups such as JeM run seminaries. Another banned outfit, Jamaat-ud-Dawa (JuD), which calls itself an Islamic charity and operates large welfare operations, is estimated to run about 300 madrasas across the country.

The interior ministry said other institutions from different groups had been taken over, including 34 schools or colleges, 163 dispensaries, 184 ambulances, five hospitals and eight offices of banned organisations.