The two sides are set to meet for further talks in the Egyptian capital Cairo on Thursday. 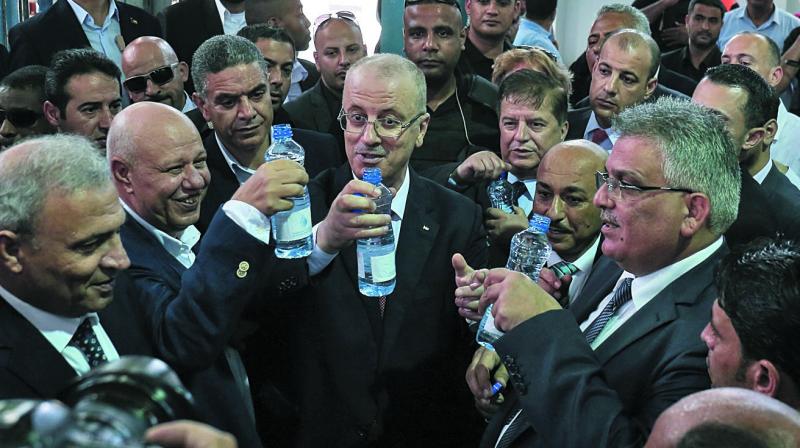 Islamists Hamas agreed to hand over power to a unity government last month and Hamdallah’s visit, the first since 2015, saw his ministers take control of ministries in Gaza.

The move is part of wider attempts to end a decade-long split between the internationally recognised Palestinian Authority, which is based in the occupied West Bank, and Hamas, which runs Gaza.

The two sides are set to meet for further talks in the Egyptian capital Cairo on Thursday.

Before leaving on Thursday morning, Mr Hamdallah and a number of his ministers visited the largest hospital in the Gaza Strip, as well as a desalination plant.

He then left with his ministers through the Erez crossing in northern Gaza, which is controlled by Israel, added sources.

He is due to return to Ramallah in the West Bank where a meeting of senior members of Fatah, the secular party that dominates the Palestinian Authority, will be held on Thursday evening.