Aircraft taking part will be flown from eight US and South Korean military installations. 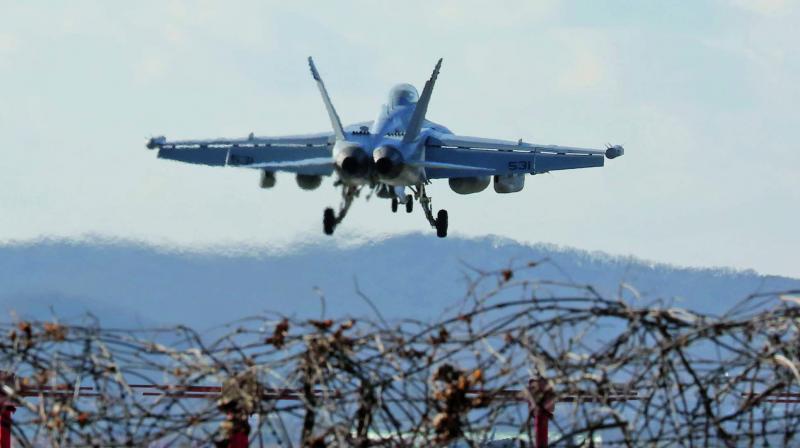 A US Air Force EA-18G Growler fighter jet prepares to land at the Osan US Air Base in Pyeongtaek, South Korea. (Photo: AP)

Seoul/Beijing: The United States and South Korea went ahead with large-scale joint aerial drills on Monday, a move North Korea had said would push the Korean peninsula to “the brink of nuclear war”, ignoring calls from Russia and China to call them off.

The drills come a week after North Korea said that it had tested its most advanced intercontinental ballistic missile capable of reaching the US as part of a weapons programme that it has conducted in defiance of international sanctions and condemnation.

The annual US-South Korean drill, called Vigilant Ace, will run until Friday, with six F-22 Raptor stealth fighters to be deployed among the more than 230 aircraft taking part.

F-35 fighters will also join the drills, which will include the largest number of 5th generation fighters ever to have taken part, according to a South Korea-based US Air Force spokesman.

Around 12,000 US service members, including from the Marines and Navy, will join South Korean troops. Aircraft taking part will be flown from eight US and South Korean military installations.