'In India also we are building a New India on the mantra of sabka saath sabka vikas,' PM Mmodi said at the summit. 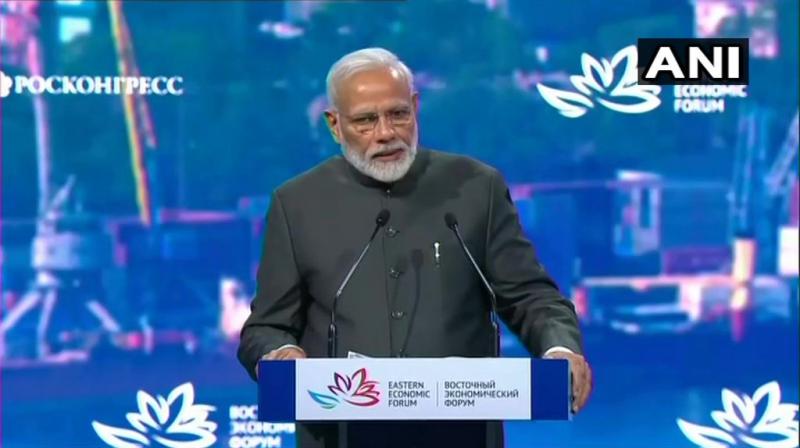 On Wednesday, PM Modi held bilateral talks with his Russian counterpart Vladimir Putin and signed a few of agreements. Thanking President Putin for his support, PM Modi elaborated on the strategy behind India’s recent development in Jammu and Kashmir.

Speaking at the event, PM Modi said, "I believe that our brainstorming today at this forum will not only strengthen the efforts for human welfare in Far East, but also the entire mankind."

PM Modi said that the relationship between India and the Far East is not new but ages old. "India is the 1st country which opened its consulate in Vladivostok. Even during Soviet Russia when there was restrictions on other foreigners, Vladivostok was open for Indians," he said.

"In India also we are building a New India on the 'mantra' of 'sabka saath sabka vikas'. We are aiming to be USD 5 trillion economy by 2024," PM Modi said.

PM Modi promised a line of credit worth up to USD 1 billion for the development of the Far East. He said, "My government has actively engaged East Asia as part of its 'Act East' policy. This will also give a new dimension to our economic diplomacy."