UAE Foreign Minister also urged that Pakistan and India should resolve the matter through talks between themselves. 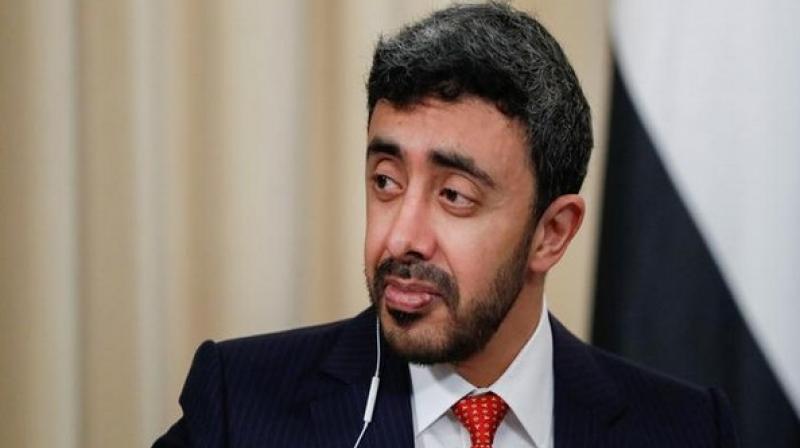 Islamabad: In another setback for Pakistan, visiting UAE Foreign Minister Sheikh Abdullah bin Zayed bin Sultan Al Nahyan has said that Kashmir is not an issue concerning Muslim Ummah (community) but rather a dispute between Islamabad and New Delhi.

Foreign Ministers of the United Arab Emirates (UAE) and Saudi Arabia, Adel bin Ahmed Al-Jubeir arrived here on Wednesday to discuss the Kashmir issue that has been persistently internalised by Pakistan since India changed the constitutional status of the region.

According to The News International, some Pakistani officials sought UAE minister's solidarity but instead he averred that Islamabad should not make the Kashmir issue a matter regarding Muslim community.

He also urged that Pakistan and India should resolve the matter through talks between themselves.

The visit of UAE minister holds significance as the Islamic nation conferred Prime Minister Narendra Modi with its highest civilian award--Order of Zayad despite the protest by Pakistan.

Uninfluenced by Pakistan's attacks against India on multiple platforms, the UAE became the first country from among the Organisation of Islamic Cooperation (OIC) member states to support India over its decision.

The Saudi Foreign Minister had earlier visited Pakistan in March as part of Riyadh's efforts to de-escalate tensions between New Delhi and Islamabad that had emerged in the aftermath of the airstrike conducted by Indian Air Force at Balakot.

Showing the so-called solidarity with the Kashmiris on its part, Pakistan has reached out to numerous countries, including the Middle East, and China, ever since the Indian Parliament last month revoked Article 370 and Article 35 (A) of the Indian Constitution that accorded special status to the region.

However, the cash-strapped country has been repeatedly snubbed by the international community over its efforts after New Delhi time and again denied any third party interference in the issue, calling it to be a "strictly internal" matter of the country.

Instead of addressing pressing issues like struggling economy, rising inflation, and poverty, Pakistanis have been concentrating more on Kashmir, with the Foreign Minister himself apprising the United Nations over the matter more than thrice in a month.