The Foreign Secretary said discussion between the two nations was seen as constructive and had a forward-moving approach. 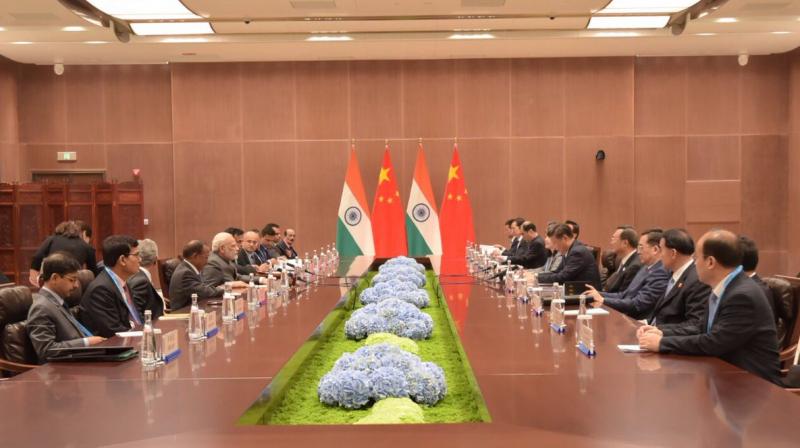 As agreed at Astana that they will not let differences become disputes, Modi and Xi reaffirmed their former decision, S Jaishankar said. (Photo: Twitter/@MEAIndia)

Xiamen: Prime Minister Narendra Modi and Chinese President Xi Jinping on Tuesday met on the sidelines of the 9th BRICS summit and underlined the necessity of peace and tranquility at border areas.

"Important point made during the meeting was that peace and tranquility in the border area is a prerequisite for further development of relationships," Foreign Secretary of India S Jaishankar said.

The discussion between the two parties was seen as constructive and had a forward-moving approach. 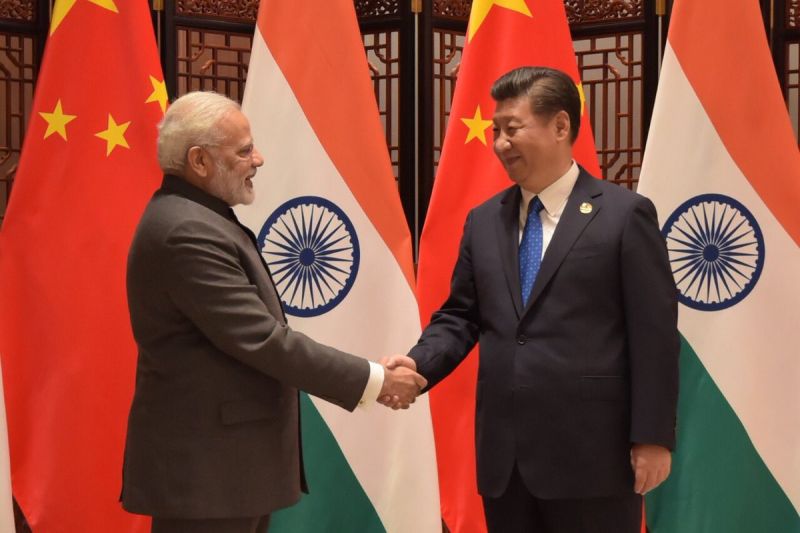 As agreed at Astana that they will not let differences become disputes, Modi and Xi reaffirmed their former decision, Jaishankar said.

The meeting was reported to have lasted for an hour.

The Foreign Secretary said, counter terrorism issues were taken up during the course of BRICS but it was not discussed during Modi-Xi's bilateral talk.