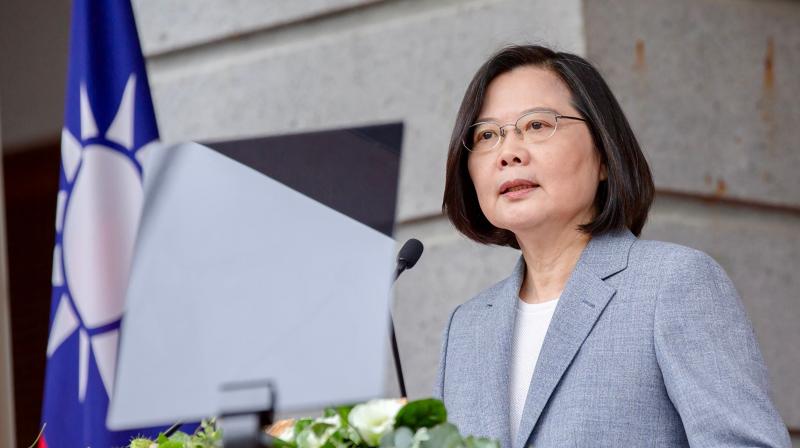 Taipei: The United States announced Wednesday its "highest level" visit in decades to Taiwan, a move sure to infuriate China with relations between the two superpowers at historic lows.

Washington's de facto embassy in Taipei confirmed that health chief Alex Azar would lead an upcoming delegation to the self-ruled island, which China's communist leaders claim and have vowed to one day seize.

"This marks... the first Cabinet member to visit in six years, and the highest level visit by a US Cabinet official since 1979," the American Institute in Taiwan said.

The United States switched diplomatic recognition from Taiwan to China in 1979.

It remains the leading arms supplier to the island but has historically been cautious in holding official contacts with it.

"Secretary Azar is a long-time staunch friend of Taiwan," the ministry said, describing his upcoming trip as "ample evidence of the solid foundation of mutual trust" between Washington and Taipei.

Neither side said when the trip would happen in their statements.

Relations between Taiwan and the United States have dramatically warmed under President Donald Trump, who has used the island as a way to hit back at Beijing as he clashes with China on a host of issues, including trade and the pandemic.

Taiwan's success at stopping its own coronavirus outbreak -- and its emergence as one of Asia's most progressive democracies -- has also earned the island growing bipartisan support in Washington.

Shortly after his election, Trump became the first US leader since 1979 to speak directly with his Taiwanese counterpart when Tsai phoned to congratulate him.

Since then his administration has sold a number of big-ticket military items -- including fighter jets that previous presidents who were warier of angering Beijing had baulked at.

Trump also signed a new law in 2018 -- passed with bipartisan support -- upgrading relations and allowing more high-level visits to take place between the senior US and Taiwanese officials.

In their statements Washington and Taipei painted Azar's visit as linked to Taiwan being a leading example in the battle against the pandemic.

Despite its proximity and close economic ties to China, Taiwan has fewer than 500 cases and just seven deaths thanks to a world-class tracing and testing regime and the island virtually shuttering its borders.

"Taiwan has been a model of transparency and cooperation in global health during the COVID-19 pandemic and long before it," Azar said.

But Beijing will see the visit as something much more significant.

It bristles at any contact between US and Taiwanese officials and has released multiple statements condemning Washington for its warming relations with Taipei.

Beijing views Taiwan as part of "one China" and has never ruled out using force to "reunite" the island.

It keeps Taiwan diplomatically frozen out of global bodies such as the World Health Organization and loathes Tsai because she views Taiwan as a de facto sovereign nation.

"Beijing will strongly oppose the visit and will likely view it as further evidence of the Trump administration moving away from the 'one China policy'," Bonnie Glaser, director of the China Power Project at the Center for Strategic and International Studies, told AFP.

"But it isn't precedent-setting and it is justifiable given Taiwan's exemplar performance in responding to COVID-19 and Beijing's exclusion of Taiwan from the World Health Assembly."

The last cabinet-level trip to Taiwan was in 2014 when the then head of the Environmental Protection Agency visited.

The most recent before that was a trip in 2000 by a transport secretary under then US president Bill Clinton.