Afghanistan and Pak have an uneasy relationship, with Kabul blaming Islamabad for supporting the Taliban in the country's protracted war. 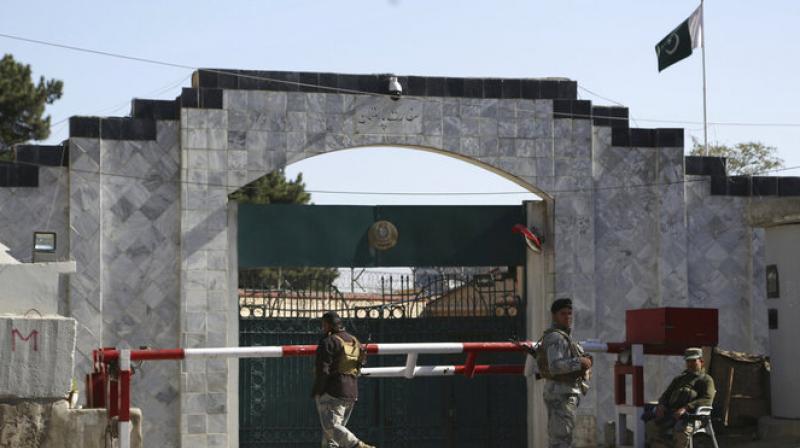 Pakistan's Embassy announced the closure in a statement, saying that the consular services would no longer be available until further information. (Photo: AP)

Kabul: Pakistan closed its consular services in Kabul on Monday, citing unspecified security concerns and an Afghan official said the government would investigate the issue, though it was not officially informed of any concerns.

Pakistan's Embassy announced the closure in a statement, saying that the consular services would no longer be available until further information. On Sunday, Pakistan's foreign affairs ministry summoned the Afghan chargé d'affaires to convey concerns about the safety of its diplomats in Kabul.

"The Afghan chargé d'affaires was informed that the officers and staff of the Embassy of Pakistan were being harassed over the past two days," it said, adding that they were blocked while on the road and those embassy vehicles were hit by motorcycles while on their way to the diplomatic mission in Kabul. Gran Hewad, spokesman for the Afghan foreign ministry, told The Associated Press that authorities will investigate the issue.

"We are in contact with the Pakistan Embassy here in Kabul to solve the issue," he said.

Afghanistan and Pakistan have an uneasy relationship, with Kabul blaming Islamabad for supporting the Taliban in the country's protracted war, a charge Pakistan denies.