The Prime Minister also urged the United Nations Security Council to 'take note of international threat to peace and security'. 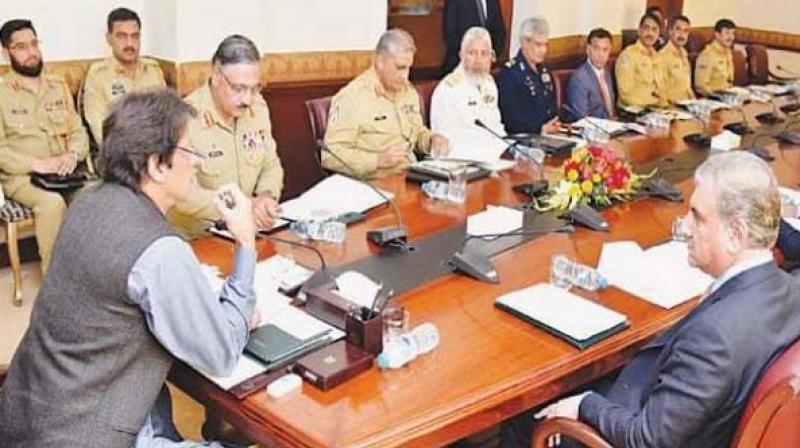 Islamabad: Prime Minister Imran Khan on Sunday chaired the meeting of the National Security Committee (NSC), which had been called to discuss the issues pertaining to national security in the wake of allegations against India of using cluster ammunition to target civilians along the Line of Control (LoC).

Earlier Khan took to social media to condemn India's alleged use of cluster ammunition to target civilians along the LoC. He alleged that India's attack violated international humanitarian law.

The Prime Minister also urged the United Nations Security Council to "take note of this international threat to peace and security."

The allegations were, however, rejected by the Indian Army as "pure propaganda".

In a telephonic conversation with Secretary-General of the Organisation of Islamic Council (OIC) Yousuf Ahmed Al-Othaimeen, Qureshi urged to take notice on the situation and to extend full cooperation, Geo News reported.

The OIC tweeted about the situation despite India's rejection of the usage of cluster ammunition.